The Secretary for Justice, Mr Rimsky Yuen, SC, visited Tai Po District today (December 20) to understand the implementation of the anti-drug programmes for the youth in the district.

Accompanied by the District Officer (Tai Po), Mr Paul Cheng, Mr Yuen visited the Hong Kong Red Swastika Society Tai Po Secondary School in Fu Heng Estate in the afternoon, where he was briefed on the implementation of the Trial Scheme on School Drug Testing (TSSDT) and the Healthy School Programme (HSP) in the district's secondary schools.

Based on the successful experience of the TSSDT, the HSP was launched in 2011 in 18 secondary schools to promote healthy living among secondary school students. Various anti-drug and personal development programmes, including seminars, visits, leadership training and problem-solving workshops were organised for the students.

Mr Yuen expressed his gratitude to the Association of Secondary School Heads for their earnest support for the two schemes over the years.

Mr Yuen then met with a group of young people participating in the "Be-Pe Cheerer" Community Sports Scheme, which was organised by the District Youth Outreaching Social Work Team of the Hong Kong Children and Youth Services together with some community and medical organisations.

Launched in 2008, the scheme aims to help and support youngsters to fight against drugs through sports training, medical examination and treatment, and friendship programmes. So far more than 600 young people have participated in the scheme.

Mr Yuen also visited the Alice Ho Miu Ling Nethersole Hospital to learn about the medical services provided to children born to Mainland parents. Before concluding the visit, Mr Yuen met with members of the Tai Po District Council to exchange views on a wide range of issues. 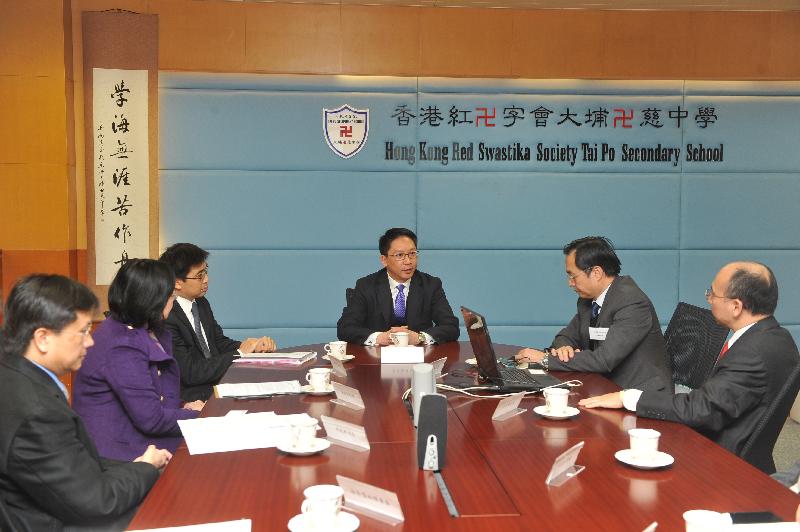 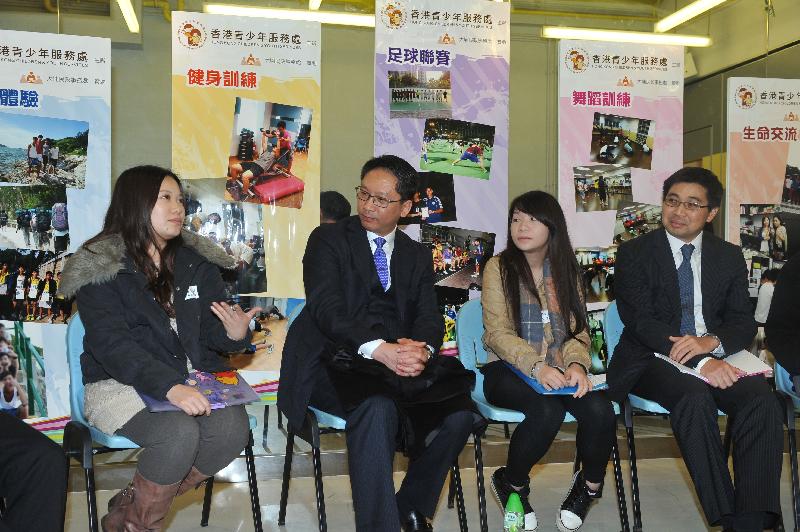