The Secretary for Justice, Mr Rimsky Yuen, SC, signed an arrangement with the Macao Special Administrative Region today (January 7) to provide mutual recognition and enforcement of arbitral awards in both places.

Where a party fails to comply with an arbitral award, whether made in the HKSAR or the Macao SAR, the other party may apply to the relevant court in the place where the party against whom the application is filed is domiciled or the place in which the property of the said party is situated for recognition and enforcement of the award.

The conclusion of the arrangement will add certainty to the enforceability of Macao arbitral awards in Hong Kong and vice versa, and provide a simple and effective mechanism in both jurisdictions on reciprocal enforcement of arbitral awards. It will also foster legal and judicial co-operation between Hong Kong and Macao in civil and commercial matters, and enhance Hong Kong's position as a regional arbitration centre for commercial disputes in Asia Pacific.

During his stay in Macao today, Mr Yuen also took the opportunity to visit other legal and judicial organisations in Macao. These included the Macao SAR's Public Prosecutions Office, Court of Final Appeal, Secretariat for Administration and Justice, and Legal Affairs Bureau. He held constructive meetings with his counterparts for the purpose of enhancing mutual exchanges and relations of the two sides in legal and judicial matters. 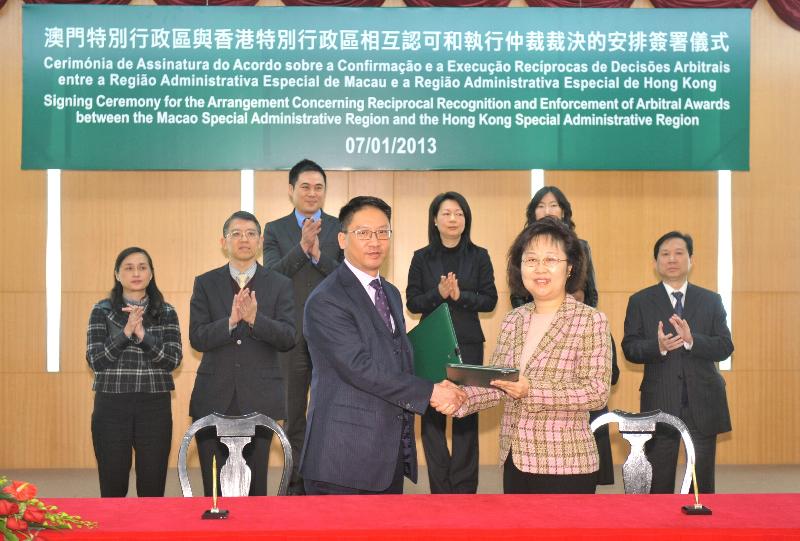 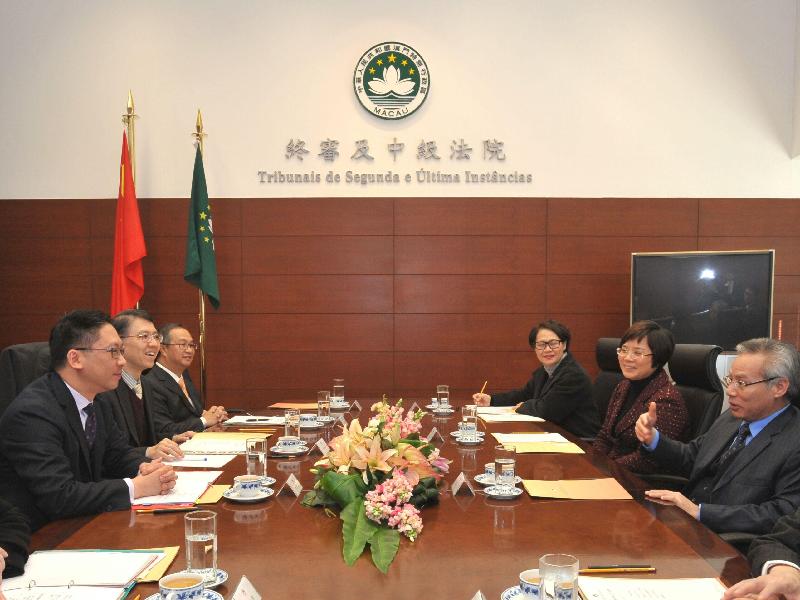