The Chief Secretary for Administration, Mrs Carrie Lam; the Secretary for Justice, Mr Rimsky Yuen, SC; and the Secretary for Constitutional and Mainland Affairs, Mr Raymond Tam, today (December 4) held a press conference on the "Consultation Document on the Methods for Selecting the Chief Executive in 2017 and for Forming the Legislative Council in 2016"at the Auditorium, Central Government Offices, Tamar. Following is the transcript of the question-and-answer session at the press conference:

Reporter: Yes, the expatriate has a question. It goes to methodology and to timetable. In the past, as you will know, Chief Secretary, we've had consultations where the Government rejected things that all came in if they looked similar or on the same kind of paper. We've had consultations where a majority went one way but the Government said it was going to choose quality over quantity. So my question is: What methodology, at the end of the day, are you going to use? How are you going to weight what you get back and determine what goes forward and what doesn't? And, in terms of timetable, as you have laid it out, it looks like your work is going to be finishing up sometime between next June 4th and next July 1st, so I'm wondering whether the public will be given any opportunity to respond to your first part of your work other than Occupy Central?

Chief Secretary for Administration: Well, I will invite the Secretary for Constitutional and Mainland Affairs to comment on the issue of timetable, which was raised again. As far as the methodology for the consultations, we will very much be following what we have done in the past. I think the most important point to really assess whether consultations are done properly is really transparency, so we will be attaching a lot of importance to conducting this round of consultations in a very transparent manner, and hopefully also a very interactive manner through Facebook, the website that we are now putting in place.

I have said that at the end of the five-month consultations, we will faithfully reflect all the views that we have received in a report for the Chief Executive to submit to the NPCSC (Standing Committee of the National People's Congress). And, as in the past, where the party or the organisation or the individual submitting that particular view has given us consent, we will publish a whole full set of compendium in order for members of the public who want to scrutinise the way that we have handled the consultations to really read through all those submissions. So, with those safeguards being put in place, I hope we could convince yourself and members of public that we have every sincerity to conduct this round of consultations.

Secretary for Constitutional and Mainland Affairs: I would just like to briefly respond to your question on timetable given that the factual or faithful account of the views that we receive in the first round of public consultation (that) the CS has already mentioned to you. In our work plan, we would only focus on the views and opinions and suggestions that we receive during the five-month period and then we would take the time to compile and to finish the report. Our attention will not be diverted by activities outside this public consultation per se. And, as a matter of fact, I think it would not be fair to anybody if the pacing of our work should be affected by something not relating to the list of issues that we are consulting the public about. So, in short, I think your question about some outside activities, expression of public views through other channels. I don't think I would comment on that. I would only say that from today onwards, anybody in Hong Kong would be more than welcome to give us their views and opinions through the channels that we mentioned in our consultation document. And, this is only the first round of public consultation. As the CS has mentioned, there would be the second round of public consultation coming after the NPC Standing Committee has given us the green light to proceed with any amendments to the Basic Law annexes around the middle of next year. So, in the second half of next year, Hong Kong people can, as well, as anyone actually, can give us any views on the more concrete proposal that would be putting forward to the Legislative Council for two-thirds majority in the second half of next year. 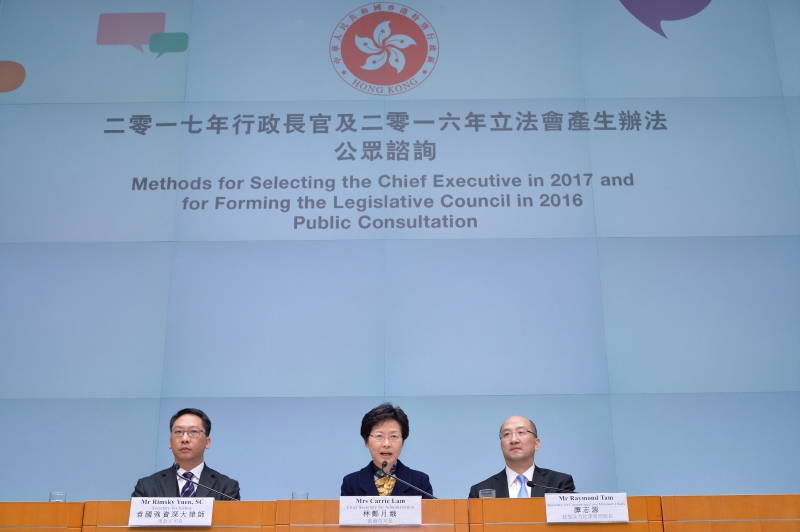 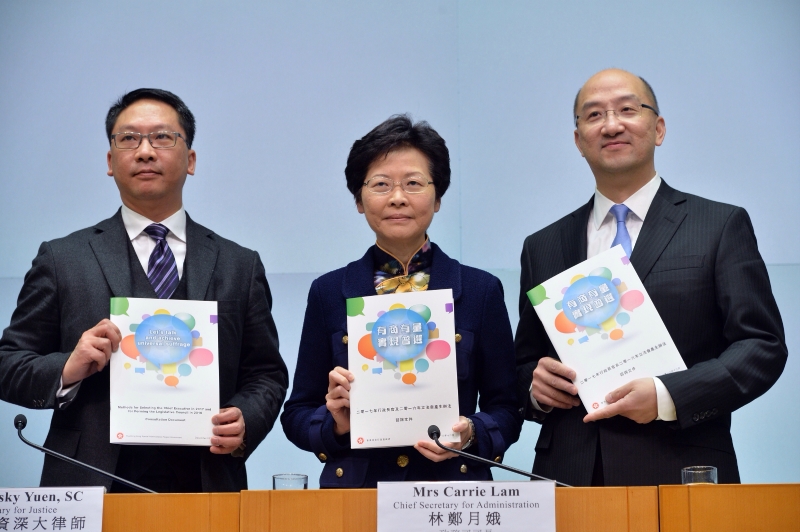