The Law Reform Commission (LRC) released a report today (October 20) making final recommendations for the reform of the law on adverse possession.

The main provisions on adverse possession can be found in the Limitation Ordinance (Cap 347). Except in the case of government land for which the limitation period is 60 years, no action to recover landed property is allowed after 12 years from the date upon which the right of action accrued. Time starts to run when the owner has been dispossessed of his land and the adverse possessor has taken possession of the land.

The Chairman of the LRC's Adverse Possession Sub-committee, Mr Edward Chan, SC, said at today's press conference that the recommendations in the report were made against a background of a deeds registration system as opposed to a title registration system of conveyancing in Hong Kong. Despite the enactment of the Land Titles Ordinance in 2004, the Ordinance is not yet implemented. The existing deeds registration system gives no guarantee of title even if a person is registered as the owner of a property. Hence, title to land is relative and depends ultimately upon possession.

The main recommendations in the report include:

2. The law of adverse possession should be recast under the prospective registered land system. Registration should of itself provide a means of protection against adverse possession, though it should not be an absolute protection. This is to give effect to the objective of a registered land system - that registration alone should transfer or confer title.

3. When a registered title regime is in place in Hong Kong, adverse possession alone should not extinguish the title to a registered estate. The rights of the registered owner should be protected. If, for example, the registered proprietor is unable to make the required decisions because of mental disability, or is unable to communicate such decisions because of mental disability or physical impairment, then a squatter's application will not be allowed. However, such protection would not be absolute. The squatter of registered title land will only have a right to apply for registration after 10 years' uninterrupted adverse possession. The registered owner will be notified of the squatter's application and will be able to object to the application.

4. The "implied licence" principle should be abolished, and there should be in the Limitation Ordinance a provision to the effect that:

"For the purpose of determining whether a person occupying any land is in adverse possession of the land it shall not be assumed by implication of law that his occupation is by permission of the person entitled to the land merely by virtue of the fact that his occupation is not inconsistent with the latter's present or future enjoyment of the land."

5. The LRC is aware of the possible anomalous situation in which a dispossessed registered owner remains liable for the covenants in the Government Lease. However, the problem is only theoretical in most cases and we do not recommend devising a statutory presumption or assignment to the effect that the adverse possessor become liable under the covenants in the Government Lease.

6. The Government should be urged to step up its efforts to address the boundary problem in the New Territories. A comprehensive resurvey of the boundaries alone could not solve the problem, because persons who suffer any loss or disadvantage under the re-surveyed boundaries may not accept the new boundaries. The land boundary problem in the New Territories is best dealt with together and in the context with the implementation of the Land Titles Ordinance.

7. In relation to a mortgagee's right to take possession of a mortgaged property vis-a-vis the mortgagor, the enactment in the Limitation Ordinance of a provision to spell out clearly that the limitation period starts to run from the date of default of the mortgagor's obligations.

8. The enactment in the Limitation Ordinance of a provision to the effect that willingness to pay rent by a squatter is not inconsistent with the requisite intention to possess in order to establish adverse possession.

Copies of the report are available on request from the Secretariat of the LRC at 20/F, Harcourt House, 39 Gloucester Road, Wan Chai, Hong Kong. The report can also be accessed on the website of the LRC at www.hkreform.gov.hk. 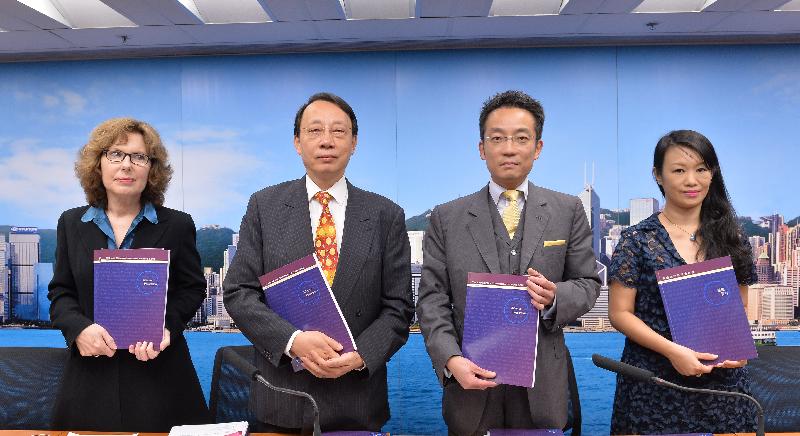