The CMAC, being a permanent arbitration institution specialising in the resolution of foreign and domestic maritime disputes, was set up in 1959 under the China Council for the Promotion of International Trade (CCPIT). It focuses on resolving maritime, admiralty and logistics disputes as well as other contractual and non-contractual disputes through arbitration. Apart from its headquarters in Beijing, CMAC has so far established three sub-offices in Shanghai, Chongqing and Tianjin.

More than 200 professionals from the legal and arbitration sectors and the business sector from Hong Kong, the Mainland and overseas participated in the seminar today.

He outlined Hong Kong's advantages in this area including an effective legal system, world-class legal and arbitration institutions, first-class legal and dispute resolution professionals, an extensive network of enforcing arbitral awards made in Hong Kong and user-friendly arbitration legislation.

"Hong Kong will continue to capitalise on its geographical and institutional advantages and develop high value-added maritime services, including maritime legal and dispute resolution services, to better serve our users," Mr Yuen said. 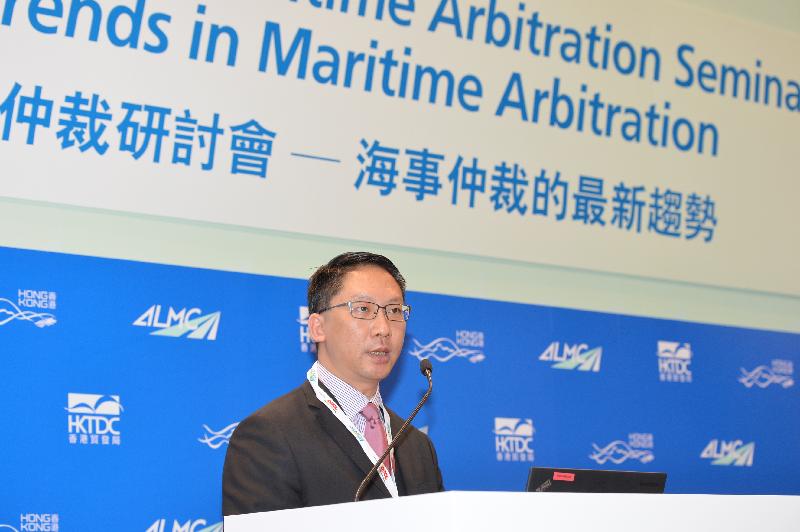