The establishment of a framework to facilitate the conduct of dispute settlement proceedings administered by the Permanent Court of Arbitration (PCA) in the Hong Kong Special Administrative Region (HKSAR) amounts to a vote of confidence in the HKSAR and its legal system, the Secretary for Justice, Mr Rimsky Yuen, SC, said today (January 4).

Mr Yuen was speaking in Beijing at the signing ceremony of the Host Country Agreement and the related Memorandum of Administrative Arrangements on the Conduct of Dispute Settlement Proceedings by the Permanent Court of Arbitration in the HKSAR. He said that with its central location in Asia, Hong Kong has a robust legal system and wealth of experience in arbitration. Furthermore, since Hong Kong continues to apply common law, not only does the HKSAR enjoy judicial independence, it also accords utmost importance to the rule of law, and hence is an ideal venue for conducting international arbitration.

In light of an increasing trend in the demand for arbitration services for disputes between investors and states involving Asian parties, the PCA makes its dispute resolution services more widely accessible in Asia through the conclusion of more agreements with its member states in Asia.

"With the Host Country Agreement and the related Memorandum of Administrative Arrangements, I am confident that the status of the HKSAR as an international arbitration centre in the Asia Pacific region will be further enhanced," Mr Yuen said.

Mr Yuen expressed his gratitude to the Central People's Government (CPG), especially the Ministry of Foreign Affairs, for its strong support and assistance throughout the process of establishing the framework.

The Vice Minister of Foreign Affairs, Mr Liu Zhenmin, represented the CPG to sign the Host Country Agreement with the Secretary-General of the PCA, Mr Hugo Hans Siblesz, while Mr Yuen represented the HKSAR to sign the Memorandum of Administrative Arrangements with Mr Siblesz.

Under the agreement and the memorandum, dispute resolution proceedings administered by the PCA can be conducted in the HKSAR on an ad hoc basis with the provision of facilities and support services required. 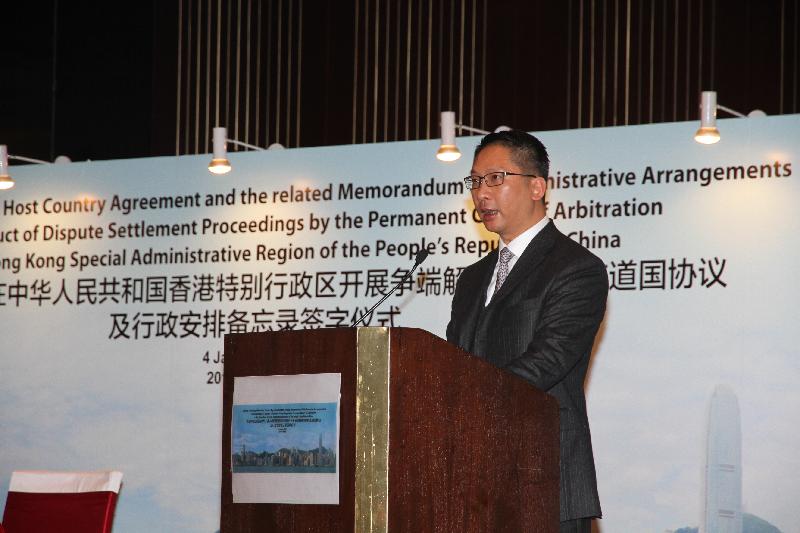 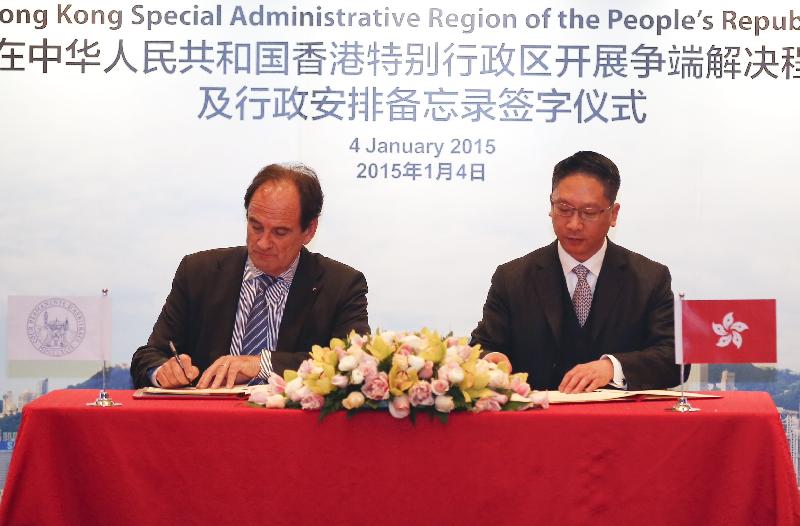 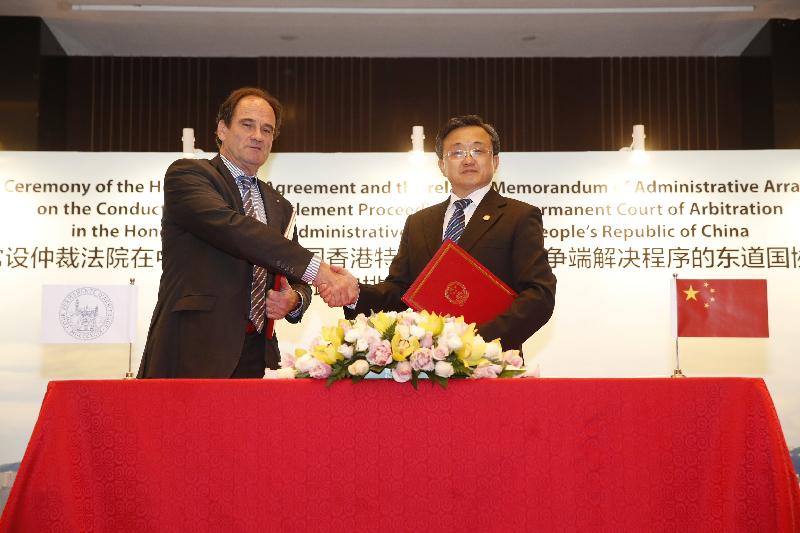