The Hong Kong Special Administrative Region (HKSAR) stands ready to co-operate with other jurisdictions in taking the development of mediation to a new height, and the HKSAR Government welcomes further exchanges and dialogues on how there can be better co-operation amongst jurisdictions within the Asia Pacific region and beyond, the Secretary for Justice, Mr Rimsky Yuen, SC, said today (February 15) in New Delhi, India.

Mr Yuen was addressing an audience of legal and dispute resolution practitioners from the Asia Pacific region who are attending the Asia Pacific International Mediation Summit organised by the American Bar Association Dispute Resolution Section and the Regional Centre for Asia and the Pacific of the United Nations Commission on International Trade Law (UNCITRAL).

Mr Yuen said that in less than a decade, mediation has become much more popular than before in Hong Kong. This is the result of the combination of various factors, namely government policy; an appropriate legislative framework; strong institutional support; joint efforts of the legal and dispute resolution sectors, and extensive promotion and publicity efforts.

Looking ahead, Mr Yuen said that the Department of Justice, with the help of the Steering Committee on Mediation and other stakeholders, are working on various initiatives to ensure a sustainable and healthy development of mediation in Hong Kong.

These initiatives include introduction of an apology legislation, specialisation of mediation, and developing a close relationship between mediation and other forms of dispute resolution.

Mr Yuen met with the Secretary of UNCITRAL, Mr Renaud Sorieul, and Head of the Regional Centre for Asia and the Pacific, UNCITRAL, Mr Joao Ribeiro, to enhance exchange and co-operation with the organisation to further promote dispute resolution services in the region. 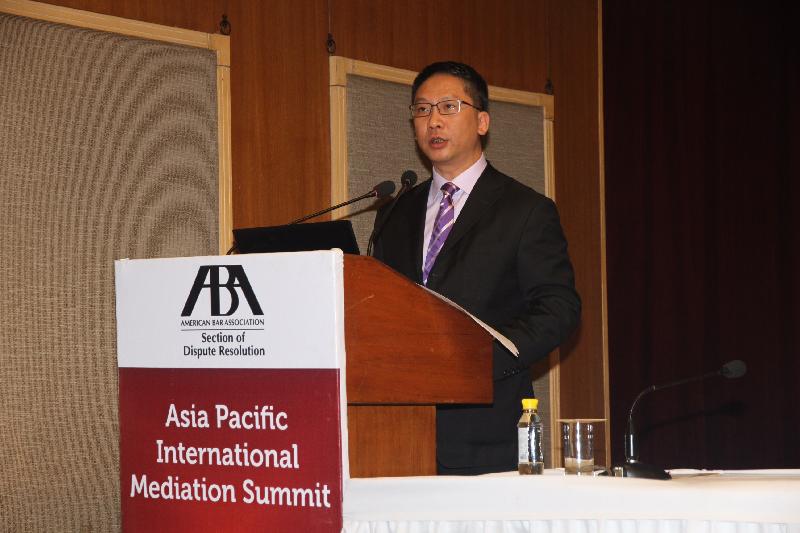