The essay competition was organised by the Law Reform Commission (LRC) for the second time so as to promote the importance of law reform among law students. It also provides the students with an opportunity to propose how a given area of Hong Kong law may be reformed.

Officiating at the ceremony, the Secretary for Justice, Mr Rimsky Yuen, SC, who is the Chairman of the LRC, said that the topic reflects the ever-changing and increasingly technological environment in which we live, where bullying can take place not only at home, school or the workplace, but also in the virtual world of cyberspace.

He pointed out that law reform plays an important role in any community which aspires to maintain the rule of law.

"By offering law students an opportunity, not only to study a specific area of Hong Kong law, but also to consider and propose how it may be reformed, we hope that the competition will help to foster amongst Hong Kong law students an awareness and interest in law reform, as well as to enhance their understanding of its importance, complexity and implications," he said.

Mr Yuen thanked the sponsoring law firms and barristers' chambers for their valuable support in offering an internship as a prize to the finalists. 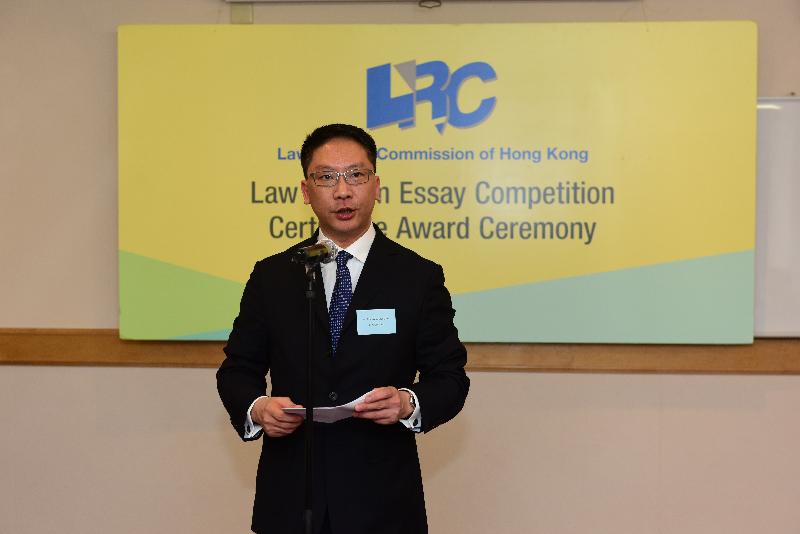