The Secretary for Justice, Mr Rimsky Yuen, SC, attended the "Seminar on the Legal and Dispute Resolution Services in Hong Kong" in Shanghai today (August 20) to promote Hong Kong's legal and dispute resolution services and its advantages as an international arbitration centre to the enterprises and legal sector in Shanghai and neighbouring cities.

Speaking at the seminar, Mr Yuen said that Hong Kong has all along been Shanghai's largest source of foreign investment. Meanwhile, many Shanghai enterprises have made good use of Hong Kong's advantages to expand businesses by using Hong Kong as a platform for financing and development of overseas businesses.

He pointed out that "One Belt, One Road" is a long-term development strategy of the country. This strategy will not only bring about enormous economic benefits, but will also render the country and Mainland enterprises a bigger say in the future development of the rules in international trade and dispute resolution, so as to create a more favourable international business environment.

About 300 Mainland legal professionals, representatives of enterprises and government officials attended the seminar today. They had in-depth discussions on a number of practical issues, including how to make use of international arbitration and mediation services to effectively resolve cross-boundary trade disputes; how to apply for the enforcement of Mainland arbitral awards in Hong Kong and handle the risks of overseas investment; comparison of the similarities and differences of arbitration conducted in Hong Kong and the Mainland; and how to choose an appropriate arbitration institution in Hong Kong. The representative of Invest Hong Kong of the Hong Kong Special Administrative Region (HKSAR) Government also briefed the participants on Hong Kong's business environment.

Also attending the seminar were the Executive Vice Mayor of the Shanghai Municipal Government, Mr Tu Guangshao, and the Director of the SHETO, Miss Victoria Tang. Addressing the seminar, Mr Tu welcomed stronger co-operation in legal and other areas between Hong Kong and Shanghai.

Before attending the seminar, Mr Yuen met with Mr Tu to exchange views on the latest developments in Hong Kong and Shanghai and the co-operation between the two places to promote legal and arbitration services.

Mr Yuen also met with the representatives of the Shanghai Commercial Mediation Center in the afternoon to better understand the operation of the Center and discuss further co-operation and exchanges in commercial mediation between Hong Kong and Shanghai. 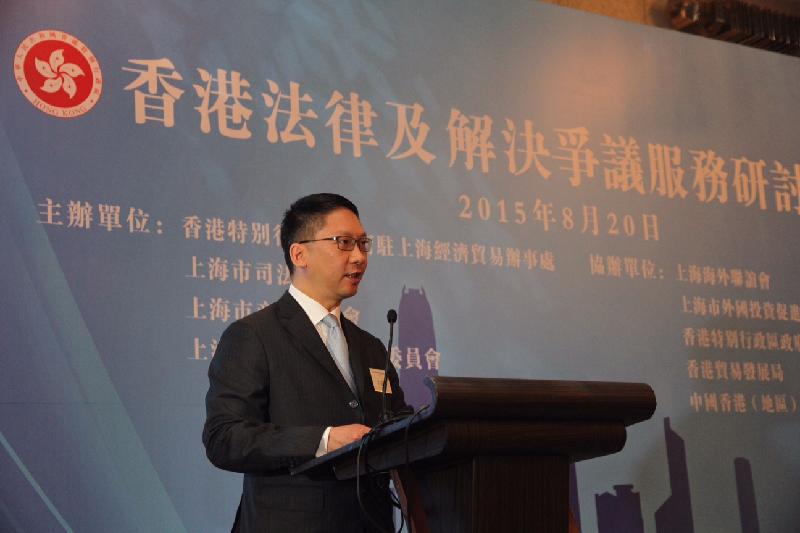 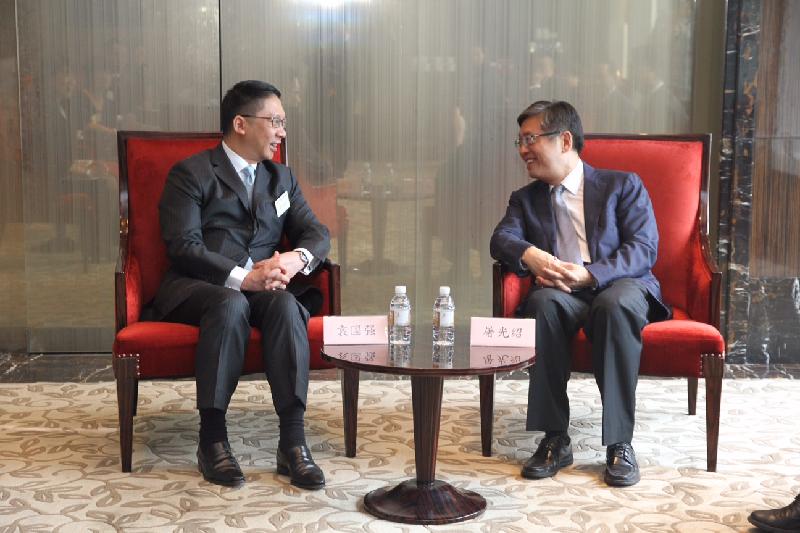