The Hong Kong Special Administrative Region (HKSAR) Government will play a part in international trade law reforms in the Asia-Pacific region by arranging for its legal experts to work at the United Nations Commission on International Trade Law (UNCITRAL) Regional Office for Asia and the Pacific (RCAP), the Secretary for Justice, Mr Rimsky Yuen, SC, said today (October 26).

Following the conclusion of an agreement on September 16, 2015, between the Central People's Government and the United Nations on the loan of legal experts from the HKSAR Government to the RCAP, Mr Yuen, on behalf of the HKSAR Government, today signed with the Secretary of the UNCITRAL, Mr Renaud Sorieul, a Memorandum of Understanding on technical and administrative arrangements on specific matters relating to the loan.

Speaking at the signing ceremony, Mr Yuen pointed out that under the "one country, two systems" principle, the HKSAR enjoys judicial independence, and also accords utmost importance to the rule of law.

He said, "In engaging the HKSAR in its initiative of reaching out and providing technical assistance with international trade law reforms to states in the Asia-Pacific region through the RCAP, the UNCITRAL has cast a vote of confidence in the HKSAR and its legal system."

Mr Yuen said that with the forthcoming arrangement for experts to work at the RCAP, the working relationship between the UNCITRAL and the HKSAR Government will become closer, and the promotion of harmonisation of trade and commercial law in the Asia-Pacific region will be further enhanced.

He added that the arrangement will also offer a valuable opportunity for young aspiring government counsel to make a contribution to the UNCITRAL's work in international trade law.

Mr Yuen expressed his gratitude to the Central People's Government, especially the Ministry of Foreign Affairs, for its strong support and assistance throughout the process.

The Secretary of UNCITRAL, Mr Renaud Sorieul, said he recognised "the historical significance of the support by the Central People's Government and the HKSAR Government in further promoting international trade law in the region".

He added that such direct assistance to RCAP will "enhance its ability to deliver technical assistance and capacity building in more than 50 states in the Asia Pacific region in the fields of arbitration, international sale of goods, insolvency, security interests, electronic commerce and public procurement".

Mr Sorieul expressed his gratitude on behalf of the United Nations for this strong commitment by the People's Republic of China to the advancement of international trade law in the region.

Also attending the signing ceremony were the Head of the RCAP, Mr João Ribeiro, and officials of the Office of the Commissioner of the Ministry of Foreign Affairs of the People's Republic of China in the HKSAR.

Established in 1966 with its headquarters in Vienna, Austria, the UNCITRAL is the core legal body of the United Nations system in the field of international trade law. As a novel yet important first step for the UNCITRAL in reaching out and providing technical assistance in international trade law reforms to states in the Asia-Pacific region, the RCAP was established in 2012 in Korea. 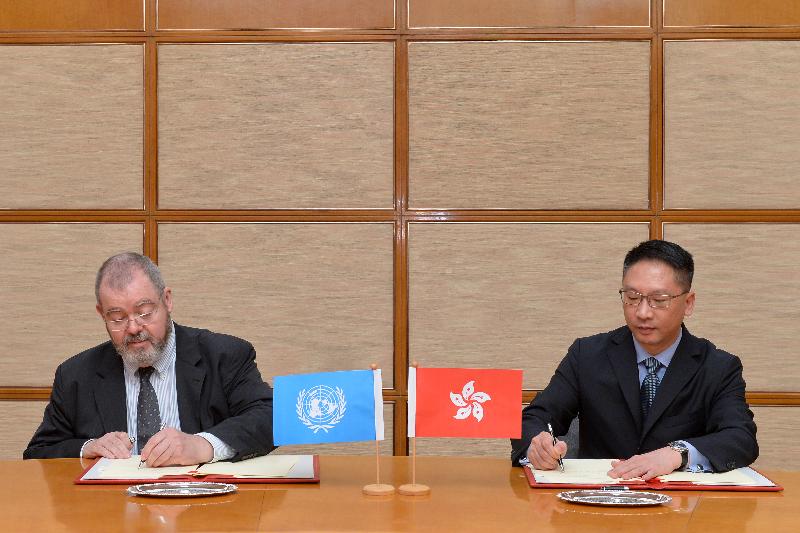 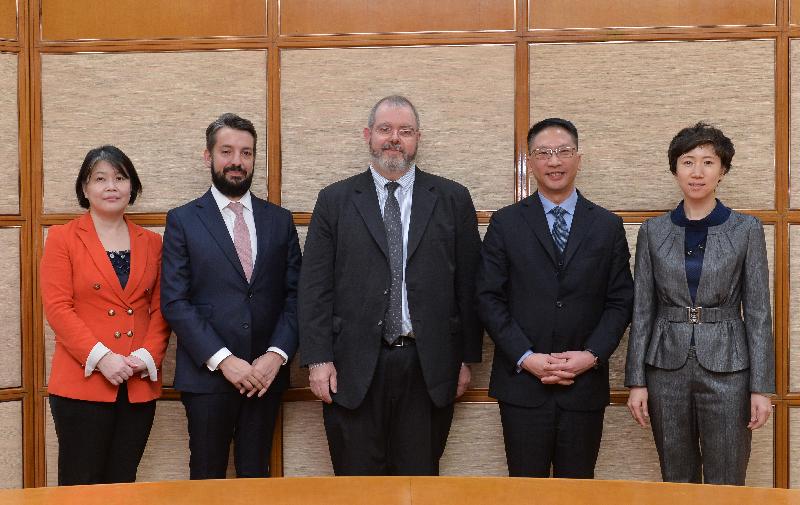