Speaking at the event's opening ceremony, the Secretary for Justice, Mr Rimsky Yuen, SC, said that "Justice" is the notion that all people cherish, and that all people have the right and duty to defend.

Mr Yuen pointed out that the fundamental concepts which are crucial in ensuring the proper administration of criminal justice are deeply entrenched in the legal system of Hong Kong.

"Not only does the Basic Law of the Hong Kong SAR continue the common law tradition and thereby preserve the relevant common law safeguards, it contains express stipulations which provide the constitutional guarantee for the proper administration of criminal justice," he said.

Echoing the observations made by the Director of Public Prosecutions, Mr Keith Yeung, SC, at the same occasion regarding the situations where prosecutors were made targets of verbal abuses, Mr Yuen said a respect for the rule of law includes a respect for the system, which means that we should respect the different roles played by the different stakeholders.

"The public prosecutors have their duty to discharge, and so do the judges. Even if one does not agree to the stance of the prosecutors or the rulings or decisions made by judges, one should express their views in the proper manner instead of resorting to abuses or even personal attacks. Such wholly unjustified conduct, which unfortunately have surfaced recently, is the very antithesis of the rule of law and should never be endorsed,let alone encouraged." he said.

Mr Yeung elaborated on the meaning of the three core values, that is, justice, independence and impartiality, to public prosecutors.

"We public prosecutors are ministers of justice," said Mr Yeung. "On behalf of the community, prosecutors take on the important responsibility in ensuring that justice is dispensed with in equal measure and in an even-handed manner at all times."

"The decision whether or not to prosecute an individual or entity is always a crucial one, and it will only be taken after a prosecutor has fully evaluated the evidence and circumstances, and answered two questions in particular. First, is the evidence sufficient to justify instituting or continuing proceedings? Second, if it is, does the public interest require a prosecution to be pursued?"

Mr Yeung said that the exercise of prosecutorial discretion is essentially a judgment call. The only basis for exercising that judgment is the law, the evidence, and the Prosecution Code.

"We act in the interest of the community as a whole, and in doing so, every effort is made to safeguard the independence of the prosecution as entrenched in the Basic Law."

He added that public prosecutors have the mission to perform their duties without fear, favour or prejudice. They would put all irrelevant considerations aside and would only be guided by the law, the evidence and the public interest.

During the Prosecution Week to be held from June 20 to 24, visits to the Department of Justice and courts, talks and mock court exercises will be organised to further enhance public understanding of the criminal justice system and the work of public prosecutors.

A slogan competition for the Prosecution Week was also organised with a total of 718 entries submitted by secondary school students. The prize presentation was also held at today's ceremony. 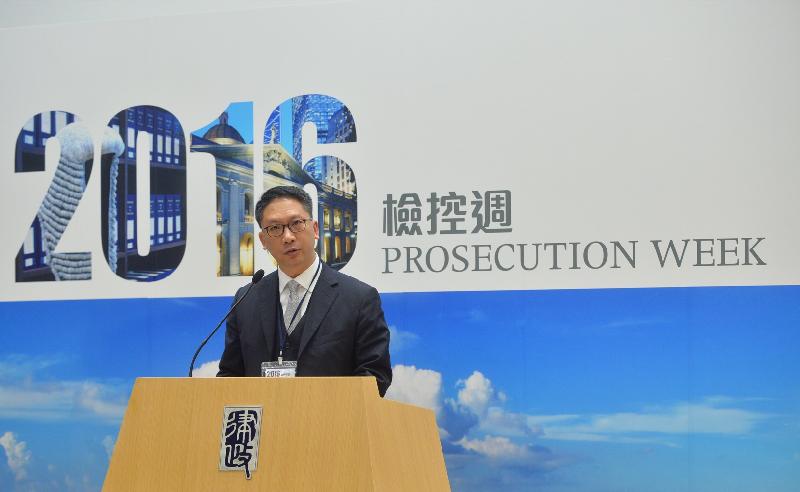 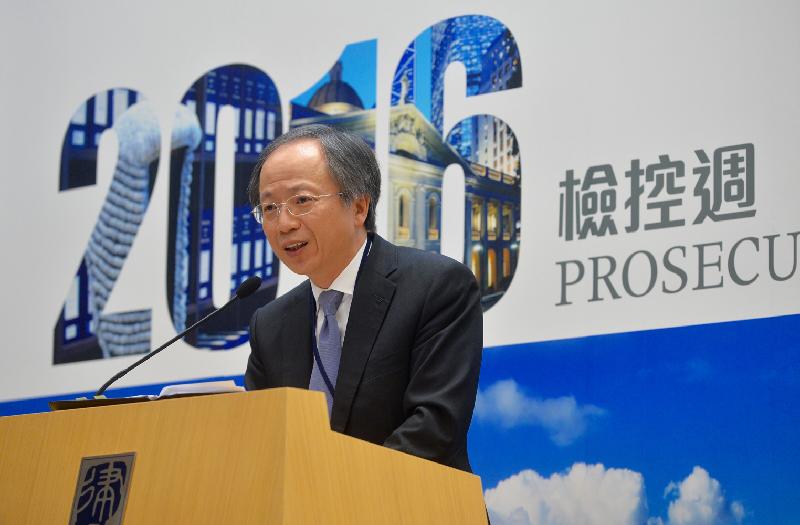