The Law Reform Commission (LRC) released a report today (October 12) recommending that the law should be amended to clarify the law concerning third party funding of arbitration and associated proceedings under the Arbitration Ordinance, with appropriate safeguards in place.

The proposed reforms are necessary to enhance Hong Kong's competitive position as an international arbitration centre.

The report follows a study by the LRC's Third Party Funding for Arbitration Sub-committee, chaired by Ms Kim Rooney, which issued a consultation paper in October 2015. The responses to that paper have been taken into account in formulating the final recommendations in the report.

The common law principles of maintenance and champerty have been held by the Hong Kong courts to continue to apply in Hong Kong and to prohibit third party funding of litigation, both as a tort and as a criminal offence, save in three exceptional areas: (1) where a third party has a legitimate interest in the outcome of the litigation; (2) where a party should be permitted to obtain third party funding, so as to enable him/her to have access to justice; and (3) in a miscellaneous recognised category of proceedings including insolvency proceedings. The question of whether the operation of the common law principles of maintenance and champerty also apply to third party funding for arbitration taking place in Hong Kong was expressly left open by the Court of Final Appeal in 2007 in the case of Unruh v Seeberger (2007) 10 HKCFAR 31.

The report recommends that the Arbitration Ordinance (Cap 609) should be amended to state that the common law principles of maintenance and champerty (both as to civil and criminal liability) do not apply to arbitration and associated proceedings under the Arbitration Ordinance. The amendment of the law to permit third party funding of arbitration should apply also to the funding of services provided in Hong Kong for arbitrations taking place outside Hong Kong. However, third party funding provided either directly or indirectly by a person practising law or providing legal services should not be permitted.

The LRC's Secretary, Ms Michelle Ainsworth, said that the LRC considers that a party with a good case in law should not be deprived of the financial support it needs to pursue that case by arbitration and associated proceedings under the Arbitration Ordinance, and that these reforms are necessary to enhance Hong Kong's competitive position as an international arbitration centre.

Another key recommendation in the report is that clear standards for third party funders operating in Hong Kong should be developed. The LRC recommends, the adoption of a "light touch" approach to the regulation of third party funding of arbitration in Hong Kong for an initial period of three years.

The report recommends that, following the coming into effect of the proposed amendment to the Ordinance, the Advisory Committee on the Promotion of Arbitration should be nominated by the Secretary for Justice to be the Advisory Body to monitor the conduct of third party funding for arbitration and the implementation of the Code, and to liaise with stakeholders.

After the conclusion of the first three years of operation of the Code, the Advisory Body should issue a report reviewing its operation and make recommendations as to the updating of the ethical and financial standards set out in it.

The report further recommends that consideration should be given as to whether such non-application of the common law principles of maintenance and champerty should be extended to mediation within the scope of the Mediation Ordinance (Cap 620).

Copies of the report are available on request from the Secretariat of the Law Reform Commission at 4/F Justice Place, East Wing, 18 Lower Albert Road, Central, Hong Kong. The report can also be accessed on the website of the LRC at www.hkreform.gov.hk. 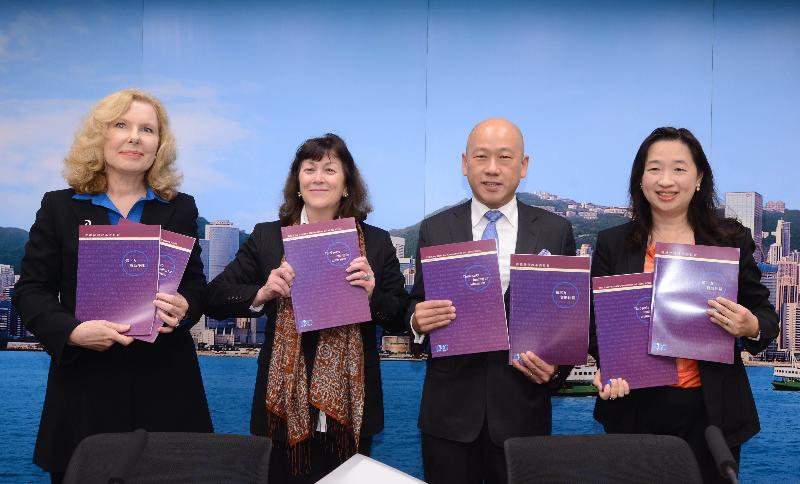