The relationship between the Belt and Road Initiative and the future of dispute resolution is an interactive one. It is a two-way, instead of a one-way, relationship, the Secretary for Justice, Mr Rimsky Yuen, SC, said today (October 12).

Mr Yuen was speaking on the topic of "The Belt and Road Initiative: Impact on the Future of Dispute Resolution" at the 5th Asia Pacific ADR Conference in Seoul, Korea. The conference, an international conference on dispute resolution, is jointly hosted by the United Nations Commission on International Trade Law Regional Office for Asia and the Pacific, the Ministry of Justice of the Republic of Korea, the Korean Commercial Arbitration Board, the International Chamber of Commerce and the Seoul International Dispute Resolution Center.

Mr Yuen said given the likely increase of commercial and investment activities, the demand for dispute resolution services, including arbitration, is bound to increase.

He said, "The Initiative has become and will remain for quite some time a strong impetus for the further development and popularity of international arbitration."

Mr Yuen said that some advocated the harmonisation of arbitration law, while there were also views that one could adapt the current international arbitration regime to the context of the Belt and Road Initiative.

"If this approach is to be adopted, the natural question that arises is how the current regime can or should be revised to take into account the diversities that exist among the countries along the Belt and Road route," he said.

After attending the conference, Mr Yuen took the opportunity to meet with the Minister of Justice of the Republic of Korea, Mr Kim Hyun-Woong, before concluding his visit to Korea.

He will return to Hong Kong tonight. 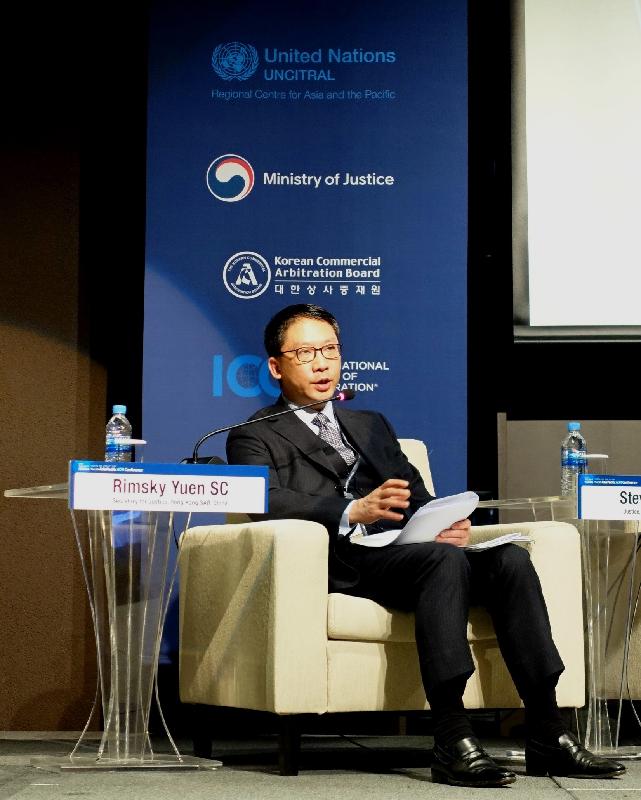 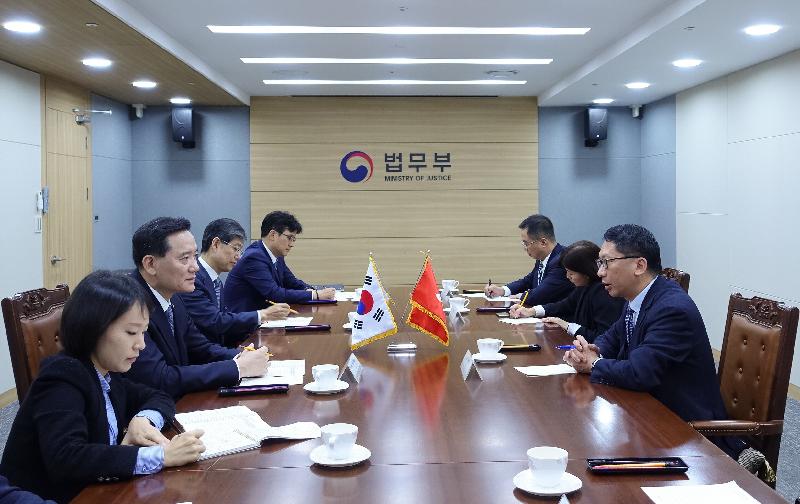