Five law students were complimented on the high quality of their essays at the Law Reform Essay Competition 2017 Certificate Award Ceremony today (June 9).

The essay competition, running for its fourth year, was organised by the Law Reform Commission (LRC) to promote the importance of law reform among law students and to provide them with an opportunity to propose how a given area of Hong Kong law may be reformed.

Officiating at the ceremony, the Secretary for Justice, Mr Rimsky Yuen, SC, who is Chairman of the LRC, said the competition has become an important event of the LRC's calendar and helped foster among law students an awareness of law reform generally and the complexity of the legal and social implications involved.

The topic chosen this year - "Should Hong Kong Introduce a Good Samaritan Food Donation Law? If so, why and how?" – involves issues of poverty alleviation, food waste and environmental impact. A record number of 55 essays were submitted.

During the ceremony, Mr Yuen pointed out that law reform played an important role in maintaining the rule of law. The law and its enforcement are two of the key components of any legal system. Effective enforcement of the law would be meaningless, or even counter-productive, unless the contents of the law can meet the needs of the society and are just and fair. In this regard, effective law reform can ensure that the contents of the law would achieve the very objectives that should be achieved.

"Second, we are living in a fast-changing world. It is no exaggeration to say that the world and the community we are living in are changing at a pace much quicker than before. This world-wide trend makes law reform more important than ever, as law reform is the very means to ensure that the law can be kept up-to-date, and thereby continues to meet the evolving needs of the society," added Mr Yuen.

Mr Yuen congratulated the five winners for their well argued and impressively written essays and thanked the adjudicating panel, and sponsoring law firms, barristers' chambers and commercial corporation for their valuable support in offering internships as prizes for the finalists. The five winning essays are available on the LRC's website: www.hkreform.gov.hk 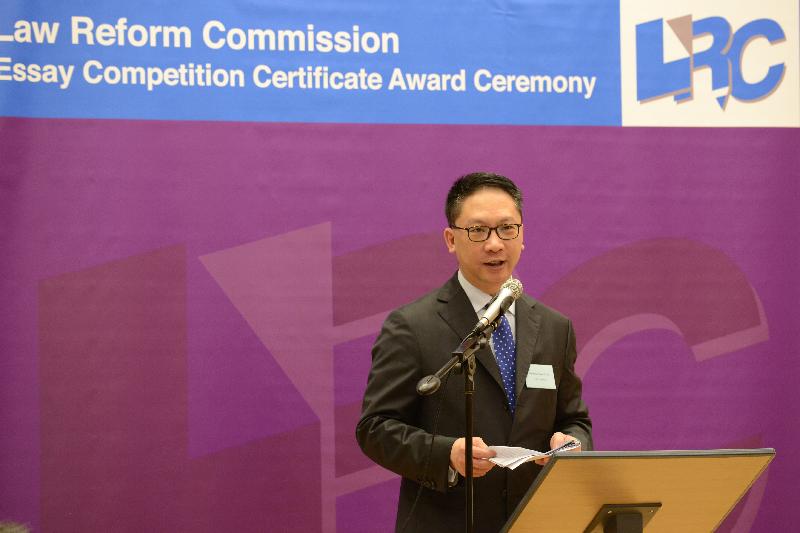 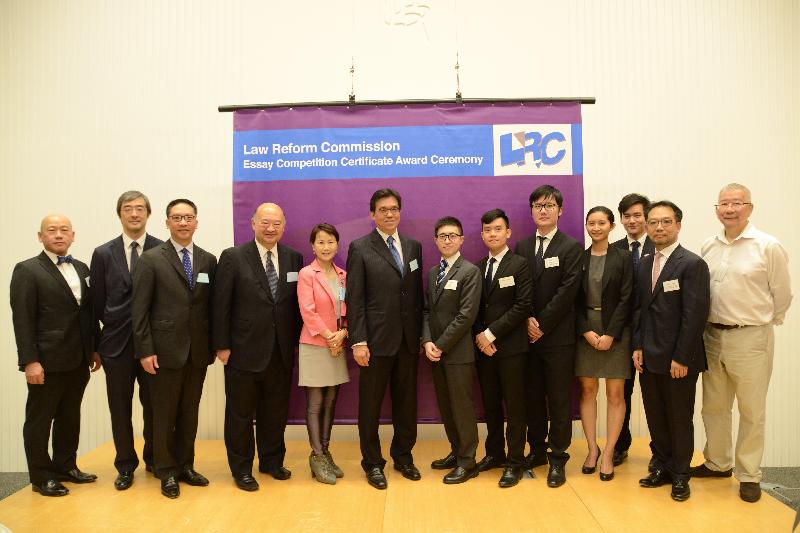