The Secretary for Justice, Mr Rimsky Yuen, SC, visited the elderly and families in need in Wan Chai District under the "Celebrations for All" project today (June 27).

"This year marks the 20th anniversary of China's resumption of the exercise of sovereignty over Hong Kong and the establishment of the Hong Kong Special Administrative Region (HKSAR), which is a major milestone in Hong Kong's history," Mr Yuen said at the certificate presentation ceremony of the "Celebrations for All" project.

"The objective of home visits is not just presenting gift packs to the people or families we visited. More importantly, the visits help the participating organisations understand more about the needs of these families and the elderly, so that they can follow up and provide appropriate support in the spirit of 'Together · Progress · Opportunity'," Mr Yuen added.

After the ceremony, Mr Yuen visited two families in the District. He learned about their living conditions and needs and presented gift packs to them. The Chairman of the Wan Chai District Council, Mr Stephen Ng; the District Officer (Wan Chai), Mr Rick Chan; the District Social Welfare Officer (Eastern and Wan Chai) of the Social Welfare Department, Miss Hannah Yip; representatives from participating non-governmental organisations; and volunteers also joined the visits. 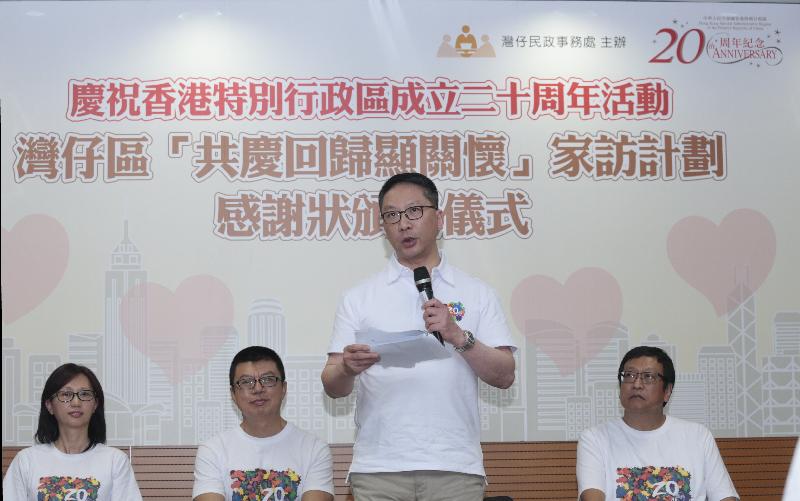 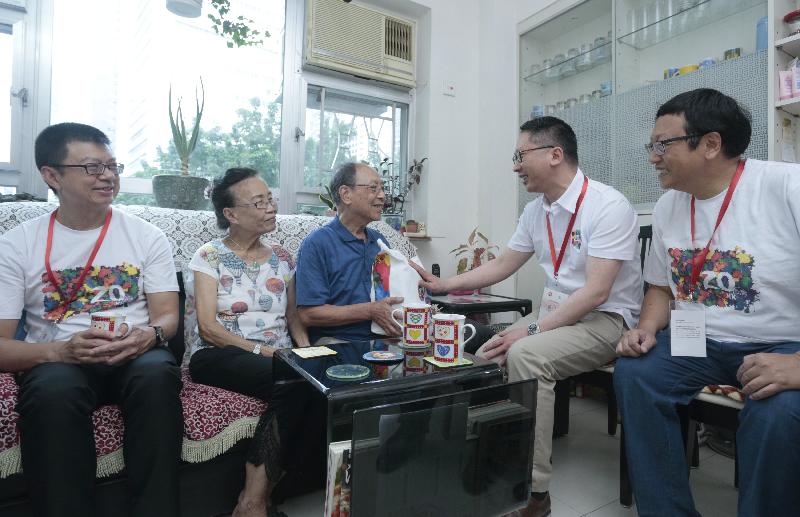