The Secretary for Justice, Mr Rimsky Yuen, SC, met with the Vice Mayor of Shenzhen Municipality, Mr Gao Zimin, today (October 12) and renewed the "Co-operative Arrangement on Legal Matters" for another five years.

The Arrangement will continue to strengthen co-operation on legal matters and provide a robust exchange platform for the two cities' government departments and the legal profession. The Arrangement also stresses the support for Hong Kong as an international legal and dispute resolution services centre in the Asia-Pacific region, as well as the promotion of exchanges and co-operation among legal, arbitration, mediation and related professionals between the two places.

The first five-year "Co-operative Arrangement on Legal Matters" was signed in November, 2011 by the Department of Justice (DoJ) and the Shenzhen Municipal Government. Since then, the DoJ has been maintaining good communication and co-operation with the Shenzhen Municipal Government. A range of exchanges and co-operation activities, including visits and workshops, have been arranged. 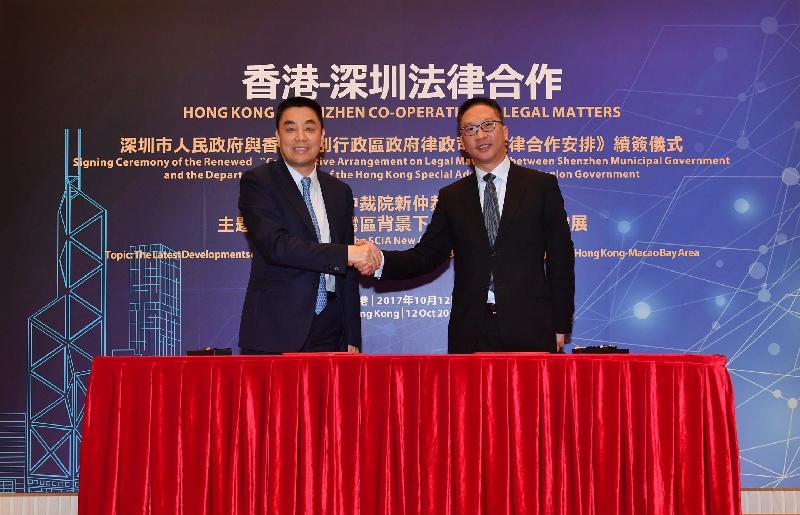