A sub-committee of the Law Reform Commission (LRC) released a consultation paper today (April 25) to invite public views on whether the court should be given, by way of legislation, the power to make periodical payment orders (PPOs) in respect of damages for future pecuniary loss in personal injury cases.

The Chairman of the Periodical Payments for Future Pecuniary Loss in Personal Injury Cases Sub-committee, Mr Raymond Leung, SC, said in a press conference that the purpose of the consultation paper is to identify the problems of the current law and practices in assessing damages, in particular future pecuniary losses in personal injury cases.

"This is for the purpose of considering whether reform is needed to allow periodical payments for future pecuniary loss to be awarded, and if so, to make recommendations for reform as appropriate," Mr Leung said.

He said that the Sub-committee has studied the experiences of other jurisdictions, such as the United Kingdom, Ireland, other European countries, the United States and Singapore to provide guidance on the consideration as to the desirability and viability of introducing relevant legislation for Hong Kong.

The Sub-committee wishes to highlight different aspects of concern and to gauge the sentiment of the public and stakeholders on the issues involved by inviting comments on several open-ended questions.

The court must assess damages once and for all in a lump sum, save in those cases that qualify for an award of provisional damages. Damages for future pecuniary losses may be awarded on the same basis as damages for past pecuniary losses, that is, restitutio in integrum or full compensation for the loss.

He added that this conventional approach brings the inevitable problem that the lump sum award for future pecuniary loss is either too little or too much, and has been generally criticised as being imprecise and unscientific.

Another important question relating to periodical payments is the viability and desirability of a mechanism for fixing and reviewing the presumed rate of return on investment to be applied in assessment of damages in personal injury cases. The discount of the lump sum award is made in respect of income and expenditure that would only arise in the future. The measure of the discount is the presumed rate of return, which can reasonably be expected on that sum of damages if invested in such a way as to enable the plaintiff to meet the whole amount of the loss during the entire period.

In addition, the Sub-committee has considered the desirability of having a mechanism for allowing the dependants of a recipient of periodical payments to lodge a claim for "loss of dependency" where the recipient dies prematurely (i.e. during the remainder of the estimated working life which has been shortened by the injury in respect whereof the defendant is liable).

The major question to be consulted is whether, as a matter of principle and notwithstanding the need for further exploration as to various aspects of operational feasibility, the court should be given, by way of legislation, the power to make periodical payment orders in respect of damages for future pecuniary loss in personal injury cases.

Subject to the above question, the Sub-committee invites submissions on some key issues including:

(i) Whether the court should be given, by way of legislation, the power to make PPOs in respect of damages for future pecuniary loss in personal injury cases?

(ii) What mechanism should be adopted for the formulation and promulgation of the discount rate?

(iii) What factors and limitations, if any, should be imposed on the court's power to award and review PPOs?

(iv) What are the circumstances for reviewing PPOs and related contingencies, and whether the current regime of awarding damages should co-exist with a PPO regime?

(v) Whether the court should take into account the security, funding options and suitability of a paying party before making a PPO?

All views should be submitted on or before August 24, 2018 to: The Secretary, Periodical Payments for Future Pecuniary Loss in Personal Injury Cases Sub-committee, LRC (4/F, Justice Place, East Wing, 18 Lower Albert Road, Central, Hong Kong) by mail, by fax (3918 4096) or by e-mail (hklrc@hkreform.gov.hk).

The consultation paper and the executive summary can be accessed on the website of the LRC at www.hkreform.gov.hk. Hard copies are also available on request from the Secretariat of the LRC at the above address. 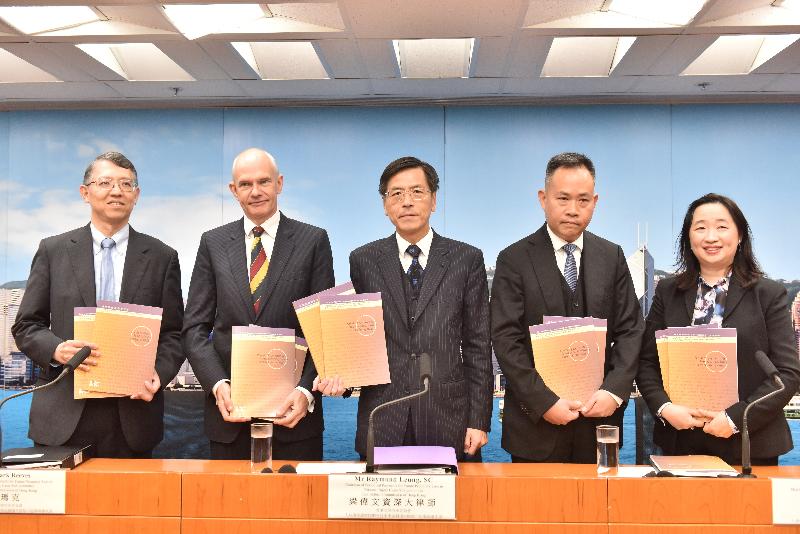