At a roundtable discussion with Asia House's corporate members in the morning, Ms Cheng spoke on Hong Kong's role as the deal making and dispute resolving hub under the Belt and Road Initiative.

Ms Cheng said that the Initiative provides vast opportunities. Under the Initiative, Hong Kong can assume a more proactive role in connecting the Mainland and the rest of the world in terms of trade and investment. Hong Kong, with a robust common law system which is familiar to the international business community and an independent judiciary, is well placed to serve as a centre for deal making and dispute resolution.

She introduced Hong Kong's unique advantages under the "one country, two systems" policy and the latest development of arbitration and mediation in Hong Kong.

Earlier in the day, Ms Cheng attended a breakfast briefing with the All Party Parliamentary China Group. She briefed the participants on the latest developments in Hong Kong, highlighting that Hong Kong has been committed to upholding the rule of law and judicial independence.

​Ms Cheng will call on the Law Society today (June 15, London time) before departing for Hong Kong in the afternoon. 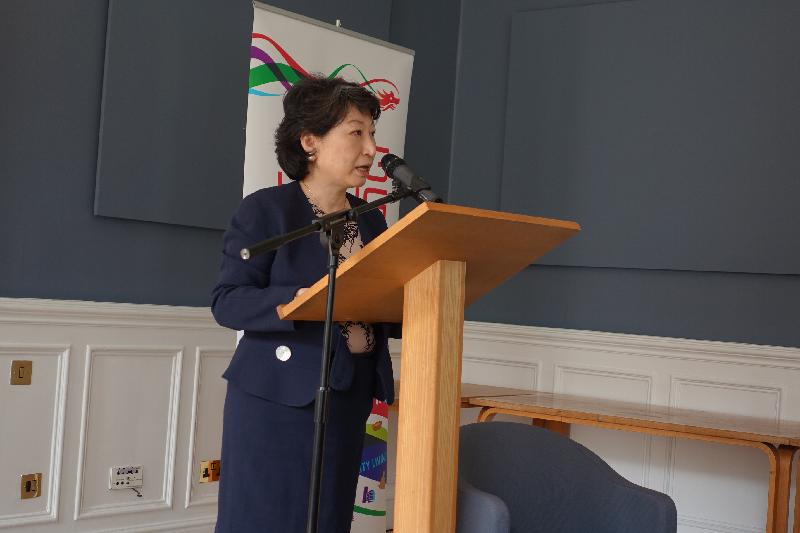