The Forum was jointly organised by the Department of Justice, the United Nations Commission on International Trade Law (UNCITRAL) and the Asian Academy of International Law (AAIL). The event has gathered prominent experts on arbitration and mediation as well as distinguished judges coming from all four corners of the world. The Chief Justice of the Court of Final Appeal, Mr Geoffrey Ma Tao-li, gave opening remarks at the Forum.

Speaking at the Forum, the Secretary for Justice, Ms Teresa Cheng, SC, said that the New York Convention is an important legal infrastructure for international arbitration. Hong Kong has been actively providing training for judges in the application of the Convention.

Under the New York Convention, arbitral awards made in Hong Kong can be enforced in 159 Contracting States and also in the Mainland, by way of a mutual arrangement. Hong Kong also plays an active role at international level to enhance its role as a centre for international legal and dispute resolution services. 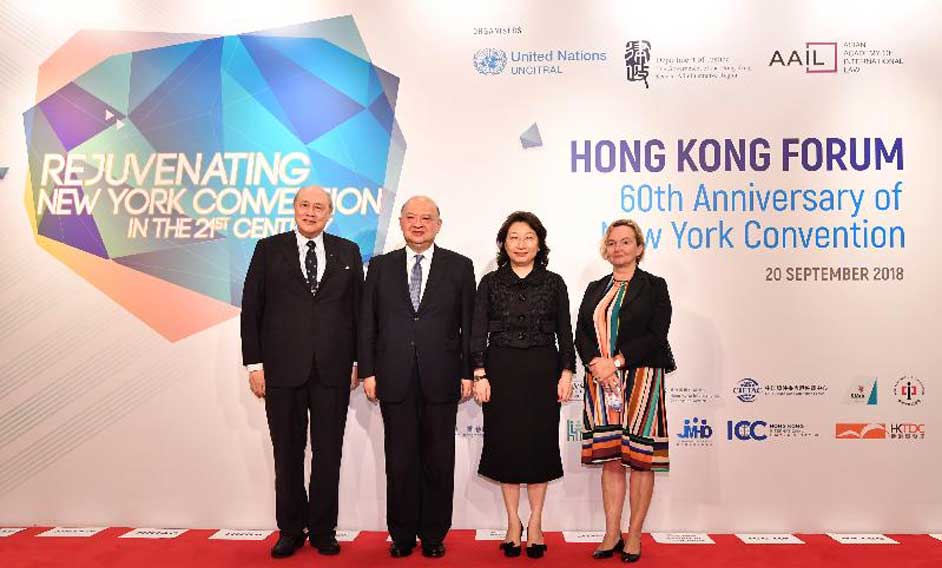