Secretary for Justice visits international organisations in The Hague (with photos)

The Secretary for Justice, Ms Teresa Cheng, SC, today (April 16, The Hague time) commenced her visit to The Hague, the Netherlands, by meeting with judges from International Court of Justice, government officials and representatives from different international organisations.

Ms Cheng called on Judge Peter Tomka of the International Court of Justice in the morning. During the meeting, Ms Cheng introduced the legal system in Hong Kong and the work of the Department of Justice, adding that the "one country, two systems" principle has been fully and successfully implemented and the rule of law has been upheld since Hong Kong's return to the Motherland. Judge Tomka was glad to note the judicial independence and sound legal system in Hong Kong as well as the development of Hong Kong as an international arbitration centre.

Ms Cheng then proceeded to The Hague Academy of International Law where she met with the Secretary-General Professor Jean-Marc Thouvenin to exchange views on capacity building in international law and explore collaboration opportunities.

In the afternoon, Ms Cheng visited The Hague Conference on Private International Law (HCCH). She met with the Secretary General of HCCH, Dr Christophe Bernasconi, to exchange views on international legal co-operation and explore further opportunities of collaboration on the legal side through its Asia Pacific Regional Office in Hong Kong. HCCH is a global inter-government organisation which develops multilateral legal instruments to respond to global needs.

Ms Cheng will later today meet with the Secretary-General of the Permanent Court of Arbitration, Mr Hugo Siblesz, to be followed by a meeting with the Executive Director of the International Council for Commercial Arbitration, Ms Lise Bosman. Ms Cheng will introduce the latest developments in international dispute resolution in Hong Kong and exchange views with them.

Afterwards, Ms Cheng will call on the Charge d' Affaires a.i. of the Chinese Embassy in the Netherlands, Mr Chen Ribiao.

On her last day of visit to Paris yesterday (April 15, Paris time), Ms Cheng visited the International Chamber in the Commercial Courts of Paris to meet with its president, Mr Paul-Louis Netter, and gave an introduction of the laws and legal system of Hong Kong. The Commercial Court of Paris, seated by judges from business community based on their commercial expertise, specialises in handling complex commercial disputes.

She then arrived at the Cour de Cassation to have meetings with Prosecutor General, Mr Francois Molins, and Judge Dominique Hascher respectively. Ms Cheng told Judge Hascher that the principle of "one country, two systems" and the rule of law have been successfully implemented and upheld in Hong Kong. She also gave him a brief account of the Arrangement Concerning Mutual Assistance in Court-ordered Interim Measures in Aid of Arbitral Proceedings by the Courts of the Mainland and of the Hong Kong Special Administrative Region and the relevant provisions of Third Party Funding of Arbitration. Established in 1790, the Cour de Cassation is the highest court in the French judiciary to ensure that all the laws are interpreted in the same way throughout the nation.

Afterwards, Ms Cheng called on the Minister for Justice of France, Ms Nicole Belloubet, to explore signing of a memorandum of cooperation to strengthen collaboration on issues relating to deal making and dispute resolution services.

Ms Cheng will leave for Vienna tomorrow morning (April 17, The Hague time) for the final leg of her visit. 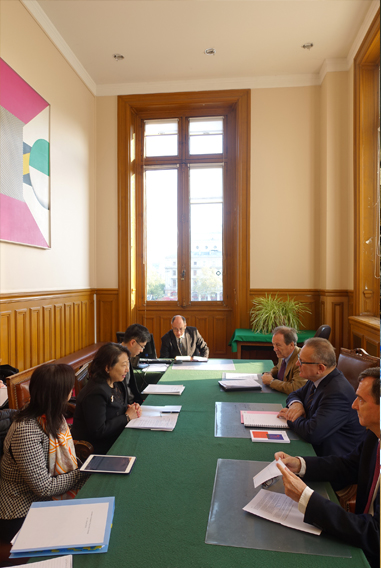 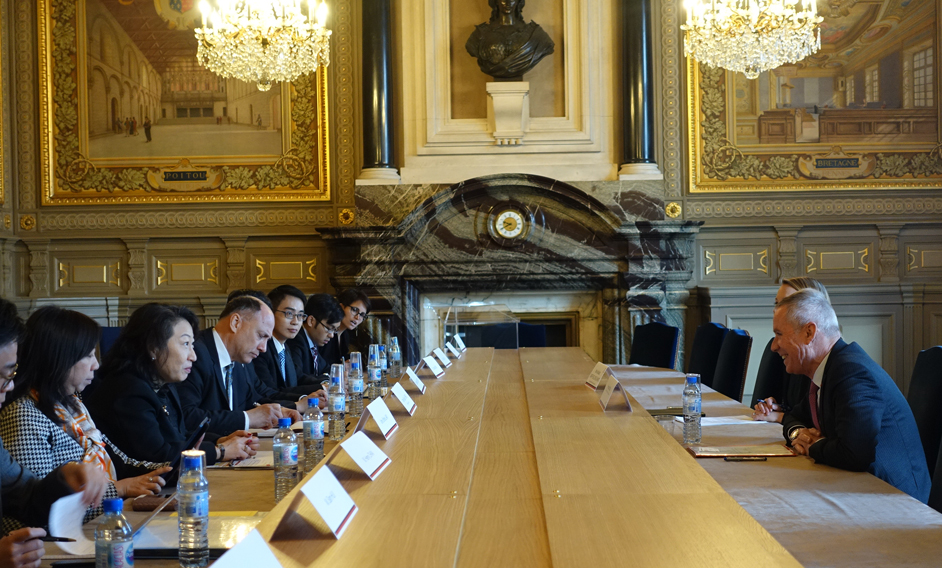 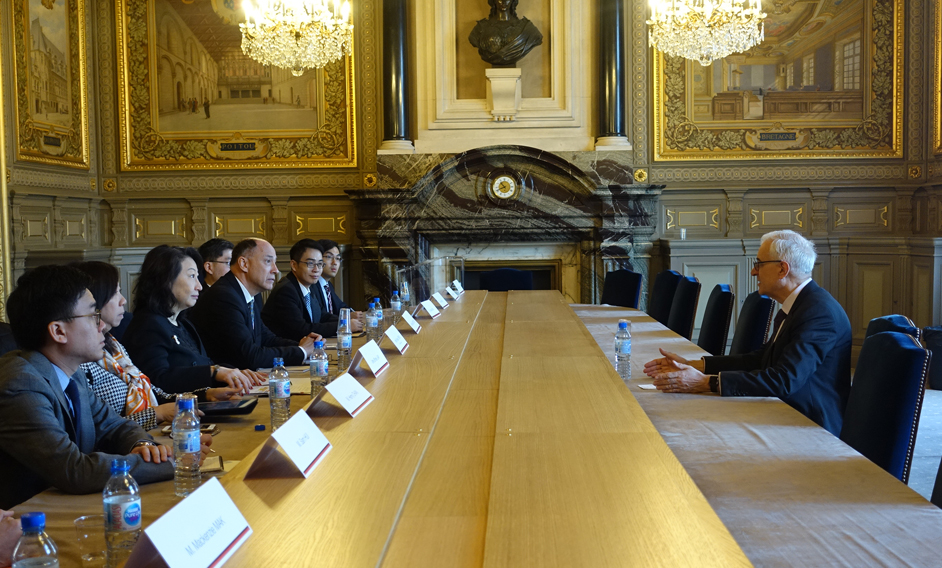 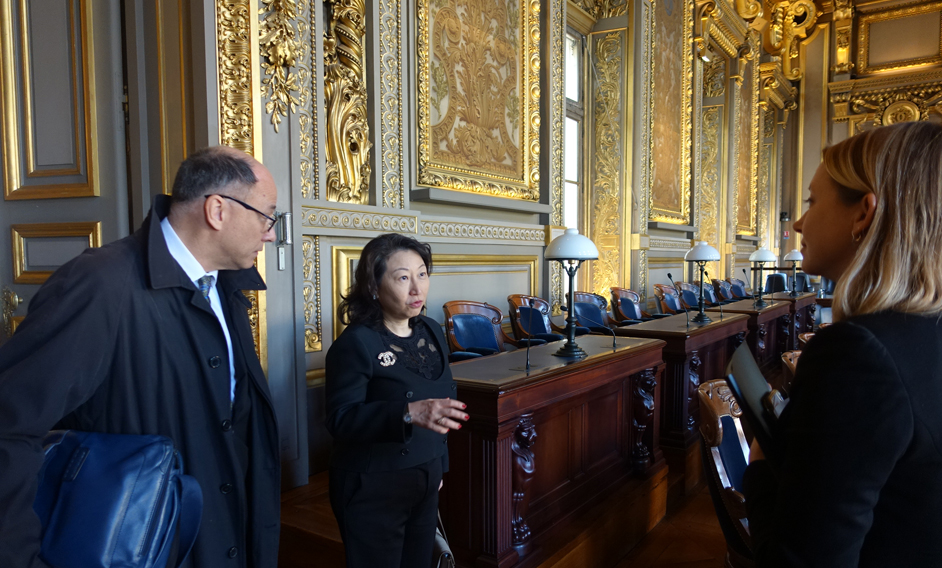 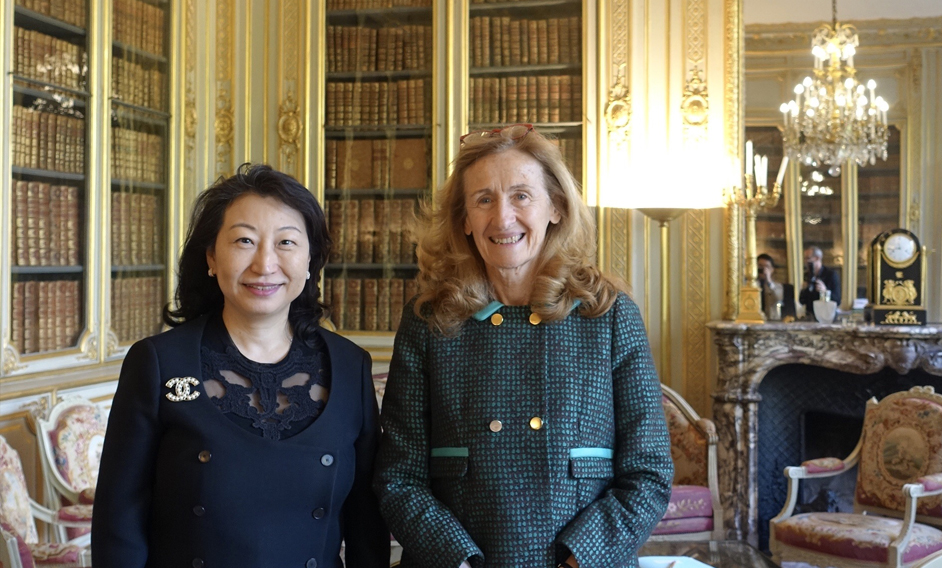 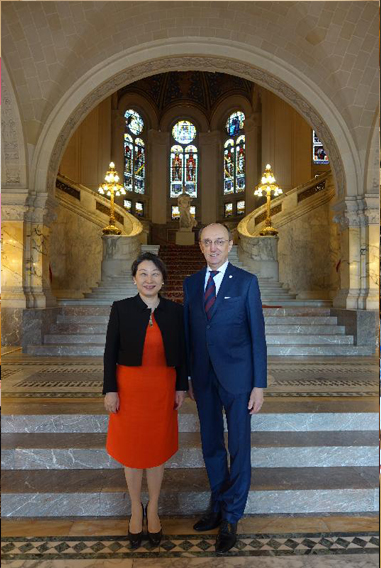 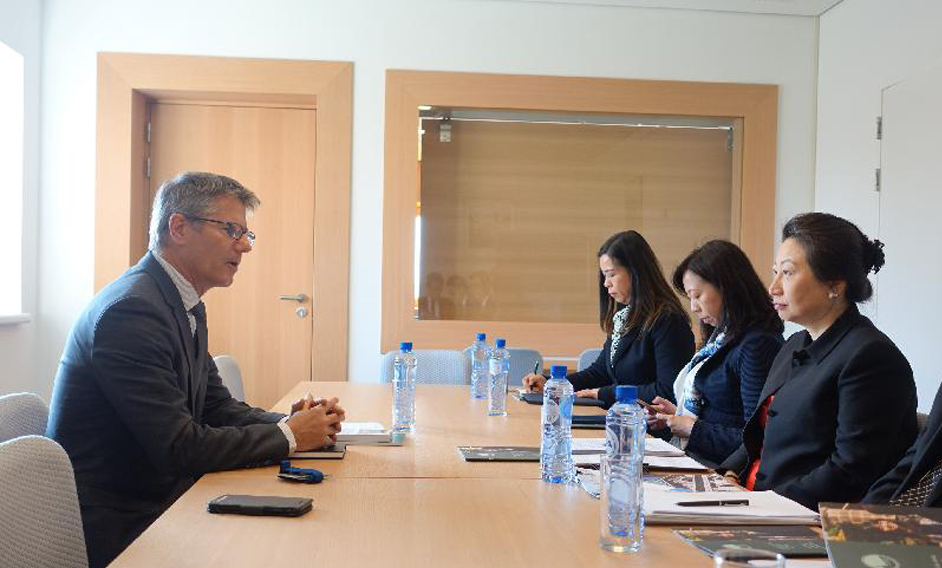