The Law Reform Commission of Hong Kong (LRC) published a report on the Review of Substantive Sexual Offences today (December 5), making final recommendations for the reform of substantive sexual offences in the Crimes Ordinance (Cap 200). These recommendations include the creation of a range of non-consensual sexual offences such as a new offence of sexual penetration without consent, a uniform age of consent of 16 years old in Hong Kong, the creation of a range of new sexual offences involving children and persons with mental impairment (PMIs) which are gender neutral, and the reform of a series of miscellaneous sexual offences such as incest, exposure, bestiality, necrophilia and homosexual-related buggery and gross indecency offences.

The report follows a study on the overall review of substantive sexual offences by the LRC's Review of Sexual Offences Sub-committee, chaired by Mr Peter Duncan, SC, which issued three consultation papers in September 2012, November 2016 and May 2018. In April 2019, the LRC expeditiously published a report recommending the introduction of a new offence of voyeurism and a new offence in respect of non-consensual upskirt photography. The responses to the consultation papers have been taken into account in formulating the final recommendations in the two reports published in April and December.

Some of the main final recommendations contained in the report are:

(2) Abolition of the offence of "non-consensual buggery", so that the conduct which is the subject of such an offence would be covered in future by the gender-neutral offence of sexual penetration without consent;

(3) Substituting the offence of "indecent assault" with a new offence of "sexual assault" focusing on conduct which is "sexual" rather than "indecent", with a proposed definition of "sexual". It is considered that this would best accord with the principle of respecting one's sexual autonomy;

(4) There should be a uniform age of consent in Hong Kong of 16 years of age, which should be applicable irrespective of gender and sexual orientation;

(6) Consensual sexual activity between persons who are aged between 13 and 16 should continue to be criminalised while recognising the existence of prosecutorial discretion;

(7) The creation of a new offence of sexual grooming to protect children against paedophiles who might groom them by communicating with them on a mobile phone or on the Internet to gain their trust and confidence with the intention of sexually abusing them;

(8) The proposed new offences involving PMIs should apply to a mentally disordered person or mentally handicapped person (as defined in the Mental Health Ordinance (Cap 136)) whose mental disorder or mental handicap, as the case may be, is of a nature or degree that the person is incapable of guarding himself or herself against sexual exploitation;

(9) The offence of incest should be reformed to become gender-neutral; to cover all penile penetration of the mouth, vagina and anus and other forms of penetration; and be extended to cover uncles (aunts) and nieces (nephews) who are blood relatives as well as adoptive parents;

(10) The proposed creation of a new offence of sexual exposure to cover exposure of one's genitals in private or public in a sexual manner targeting a specific victim;

(11) Replacing the existing offence of bestiality with an offence of sexual intercourse with an animal;

(12) The creation of a new offence of sexual activity on a dead person; and

(13) The abolition of a number of the existing homosexual-related offences.

Copies of the report are available on request from the Secretariat of the LRC at 4/F, East Wing, Justice Place, 18 Lower Albert Road, Central, Hong Kong. The report can also be accessed on the website of the LRC at www.hkreform.gov.hk. 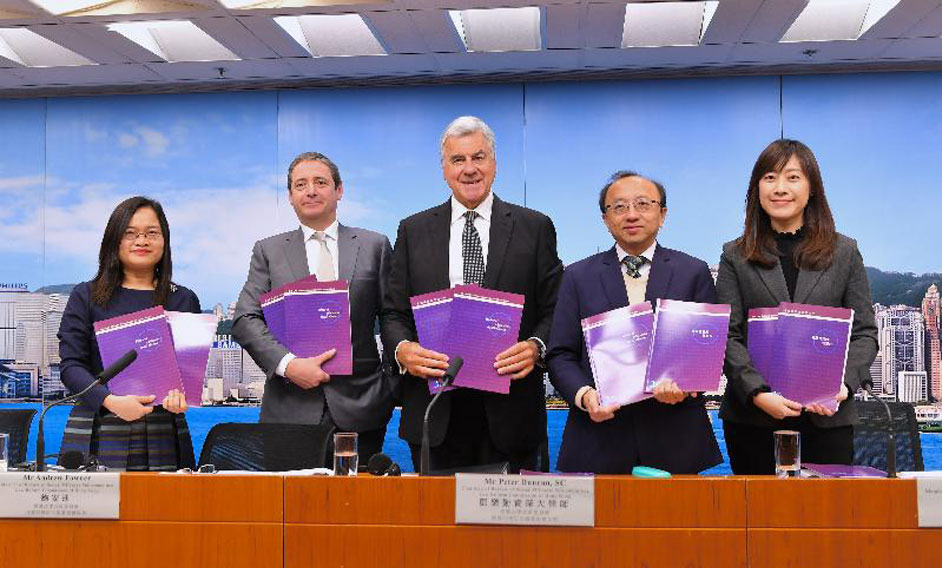