This consultation paper is the fourth and final part of the overall review of substantive sexual offences. It covers a review of the penalties for offences proposed in the report on Review of Substantive Sexual Offences (Report), examines ways to reform and improve treatment and rehabilitation of sex offenders in Hong Kong, and reviews the Sexual Conviction Record Check Scheme (SCRC Scheme) since it came into operation in December 2011 as an administrative scheme.

The Sub-committee has considered the legislation and the relevant practices in Hong Kong, and compared them with corresponding legislation and practices in a number of overseas jurisdictions such as Australia, Canada, and England and Wales for a comprehensive examination of the issues involved in the proposed law reform.

The main recommendations contained in the consultation paper are:

(2) the current specialised treatment and rehabilitation programmes for sex offenders available on a voluntary basis at the Correctional Services Department should be maintained;

(3) the Government is recommended to review and consider the introduction of an incentive scheme for the sex offenders in the prison institutions for increasing motivation for treatment and behavioural change;

(4) the provision of specialised post-release supervision to discharged sex offenders under the existing statutory schemes administered by the Post-Release Supervision Board and the Long-term Prison Sentences Review Board should be maintained;

(5) the current SCRC Scheme should be extended to cover all existing employees, self-employed persons, and volunteers; and

(6) the Government should extend the SCRC Scheme to its fullest and evaluate the need to make it a mandatory scheme at an appropriate time.

All the views should be addressed to the Secretary, Review of Sexual Offences Sub-committee, Law Reform Commission, by mail (4/F, East Wing, Justice Place, 18 Lower Albert Road, Central), by fax (3918 4096) or by email （hklrc@hkreform.gov.hk）on or before February 11, 2021. 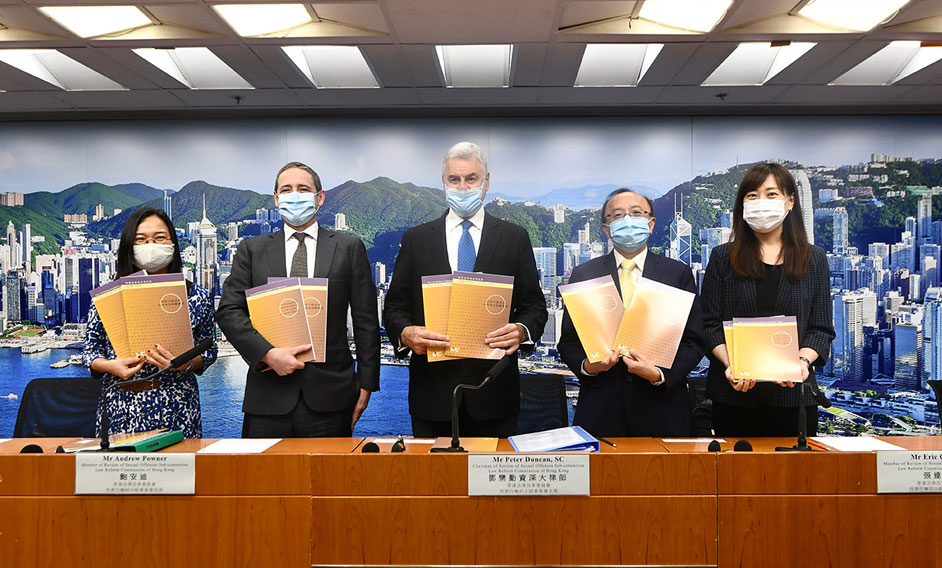