At the press conference held after the signing ceremony, both sides also released notable cases relating to the mutual enforcement of arbitral awards with a view to enhancing mutual understanding of each other's legal assistance system. It will also facilitate members of the public, particularly those in the legal and dispute resolution sectors, to better understand such measure.

The Arrangement Concerning Mutual Enforcement of Arbitral Awards between the Mainland and the HKSAR (Arrangement) signed on June 21, 1999, has been implemented since February 1, 2000. It has been in force for 20 years and the co-operation has delivered fruitful results. The Arrangement has successfully provided a simple and effective mechanism in both places on reciprocal enforcement of arbitral awards. It also fosters legal and judicial co-operation in civil and commercial matters. The amendments, made through the Supplemental Arrangement, are in accordance with the spirit of the New York Convention and will further refine the Arrangement.

With the Arrangement Concerning Mutual Assistance in Court-ordered Interim Measures in Aid of Arbitral Proceedings by the Courts of the Mainland and of the HKSAR which took effect in October last year, Hong Kong became the first jurisdiction outside the Mainland where, as a seat of arbitration, parties to arbitral proceedings are able to apply to the Mainland courts for interim measures. Meanwhile, the GBA Legal Professional Examination, which provides a lower threshold for Hong Kong legal practitioners to practise Mainland law in the Guangdong-Hong Kong-Macao Greater Bay Area, will be held on January 30, 2021 (for more details, please visit: gba.examos.cn/lawyertop/login.html). The Supplemental Arrangement will also be conducive to the development of Hong Kong's legal and dispute resolution services in the Greater Bay Area. Hong Kong's status as an international legal hub for legal, deal-making and dispute resolution services will be further enhanced.

Having accrued some two decades of implementation experience, and taking into account feedback from the arbitration sector, the Department of Justice (DoJ) conducted a review of the Arrangement, in consultation with the SPC.

(a) expressly including the term "recognition" when referring to enforcement of arbitral awards in the Arrangement for greater certainty;

(b) adding an express provision to clarify that a party may apply for preservation measures before or after the court's acceptance of an application to enforce an arbitral award for greater certainty;

(c) aligning the definition of the scope of arbitral awards with the prevalent international approach of "seat of arbitration" under the New York Convention; and

(d) removing the current restriction of the Arrangement to allow parties to make simultaneous application to both the courts of the Mainland and the HKSAR for enforcement of an arbitral award.

In the Mainland, the Supplemental Arrangement is implemented by way of a judicial interpretation as promulgated today. In Hong Kong, the provisions in relation to items (a) and (b) above can be implemented within the existing legislative framework and have thus come into effect today as well. The provisions in relation to items (c) and (d) above will come into effect after the necessary amendments to the relevant provisions under the Arbitration Ordinance (Cap. 609) have been enacted locally. The DoJ will proceed with relevant legislative work as soon as possible to bring benefits to the sector in a timely manner. 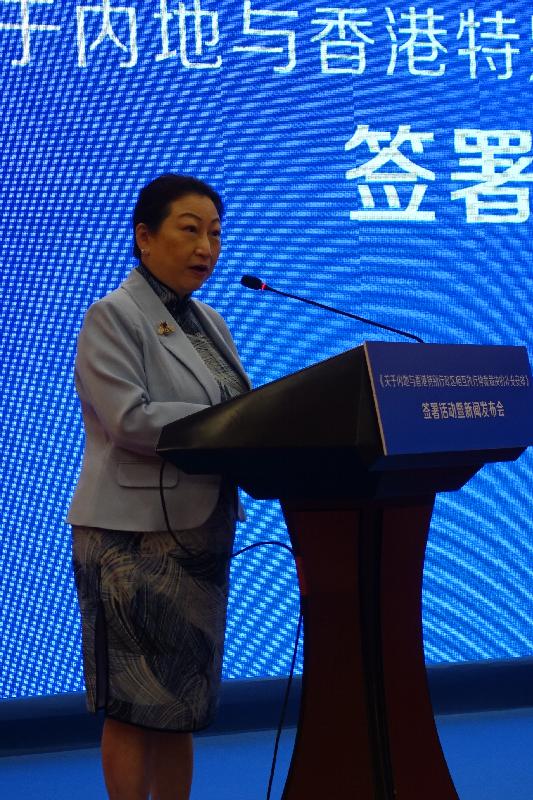 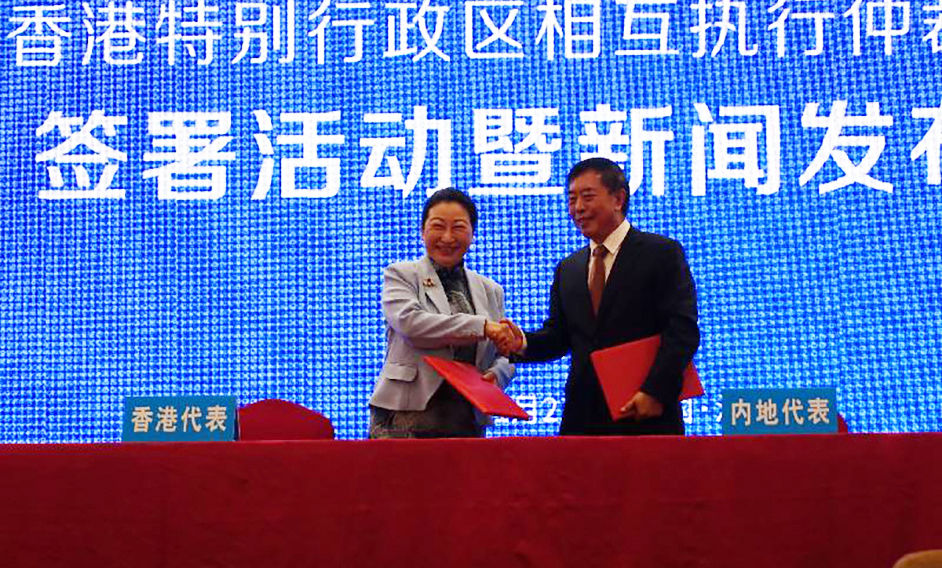