The Secretary for Justice, Ms Teresa Cheng, SC, continued to meet with stakeholders in the community at a briefing session today (April 1) to explain the improvements to the Hong Kong Special Administrative Region (HKSAR)'s electoral system, enabling them to have a better understanding of the matter and thereby render their support.

Ms Cheng said that the improvements aim to expand the balanced and orderly political participation as well as provide a broader representation of society, reflecting the overall interests of society and signifying an important move to advance Hong Kong's democratic electoral system.

To explain to the community on the importance, necessity and legality of improving the HKSAR's electoral system, Ms Cheng has attended briefing sessions for two consecutive days, striving to gain its staunch support. 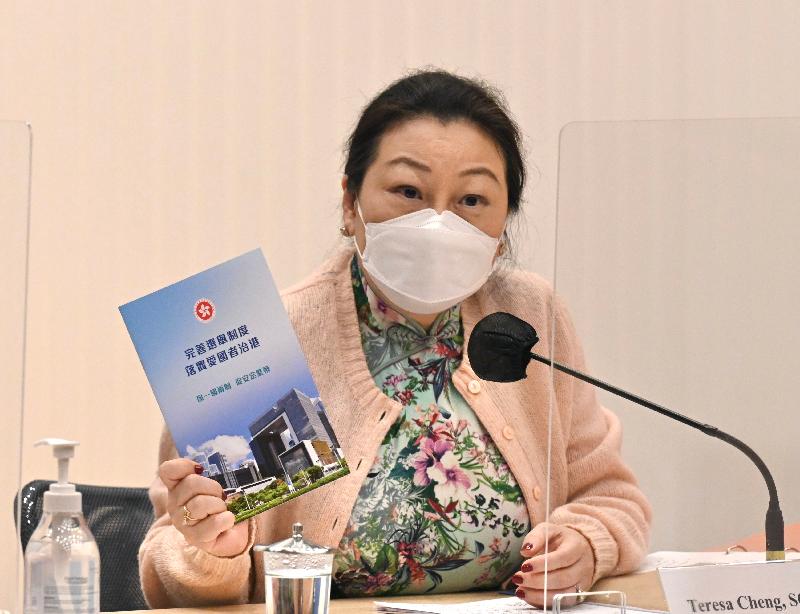