Transcript of remarks of press conference (with photos/video)

Reporter: Could you explain why is it a problem for people to, you know, to encourage others not to vote in an election as a form of protest? What are the penalties for people deemed to have incited others to cast blank votes? Secondly, could you tell us what is the basis for carving up the original five constituencies into 10 constituencies? And also you said you are going to appoint some new members from society to sit in the vetting committee, but even so wouldn't there still be a conflict of interest given that your cabinet members and people appointed by you will still get to choose who can run in the elections? Thank you.

Chief Executive: I can't remember the penalty… because there are over 400 clauses in this bill. Let us find out for you the penalty for the two new offences under this consolidated ordinance. The reason for introducing two offences in this exercise stemmed from Annex I and Annex II to the Basic Law. In fact, most of the things we are now doing in the local legislation is to fully and accurately implement Annex I and Annex II as approved by the National People's Congress Standing Committee. That is the starting position. In both Annexes, we are required to act in accordance with the law to prevent any acts that are amounting to manipulating or obstructing elections. In Hong Kong, based on the experience that we have had over the years about elections, we have identified these two aspects that we should do something in law. One is during the election period, when there are certain activities by certain people, which are intended to incite people not to cast a vote or to do something strange in the elections, then it will be an offence. As the Secretary for Justice has explained and I will draw your attention to that particular clause, I think it's Clause 366 in the consolidated bill, that there are certain defence that any person could deploy and what is an activity is also well defined. If you do it behind closed door amongst yourself and a few friends, that perhaps would not be an offence. I would suggest that you go through that particular provision in the ordinance to understand how somebody will be committing an offence under this proposal.

The reason why is because, one, we have to implement (Annex I and Annex II as approved by the) National People's Congress Standing Committee, the other is of course we all want elections to be very fair. Any manipulation to jeopardise or sabotage an election should not be permitted in a situation like Hong Kong.

The second question is about the "carving out". Again, this is a decision made by the National People's Congress Standing Committee, when the number of directly elected geographical constituency Members in the Legislative Council is down to 20. And we are required to look at how we organise district-based elections in Hong Kong and try to come up with these 10 districts each to return two Members into the Legislative Council. An easy way to do it is to merge the much-smaller constituencies that made up the District Council elections and also taking into account the size of the population. Mr Roy Tang has already explained to you that we are following the established rules, that is within a range, it will not have a district which is too huge, too large and another one which is too small. That is the basis.

As far as for members of the Candidate Eligibility Review Committee, you have to accept that under the current election regime, this job is already done by a public servant, actually a civil servant in the name of a Returning Officer. He or she, appointed during an election, has the sole discretion to decide whether a candidate fulfils the requirements for a candidate. If not, the candidate will be disqualified by the Returning Officer. The current proposal also stems from Annex I and Annex II. It has elevated this whole arrangement to consider the eligibility of a candidate to a committee, rather than an individual, to a group of Principal Officials who are accountable to the people of Hong Kong for their acts, who are not unknown people. The legislation will provide for a committee to be made up of a chairman and two to four members, and all of them have to be Principal Officials appointed by the Central People's Government under Basic Law Article 48(5) because this is such an important job. And hence I have decided - because this matter is being left to Hong Kong, it is not designated or specified in Annex I and Annex II - having regard to the objective of this exercise, I have decided to propose in the legislation that it will be made up of Principal Officials. But in the last two weeks, whenever we talk about this Candidate Eligibility Review Committee, there was a school of thought, just like what you have put up, that, "Okay, it's all officials, how could you convince us that you will be very fair"? So I have accepted the view put to us, and later on we will introduce a committee-stage amendment to this bill to allow for the Chief Executive to appoint a number of community leaders to become members of the Candidate Eligibility Review Committee.

Being Principal Officials or being the Chief Executive, we have to face potential conflict of interest day in and day out. Every Tuesday, when I convene the ExCo (Executive Council) meetings, myself, members of the Government team and also Non-official Members of the Executive Council, all have to face possible, potential conflict of interest. We have a very robust declaration system. We will have to declare if we perceive that there will be a conflict of interest. And I may as well make this very clear just in case there are more unhelpful speculations. It is true that if there is an incumbent Chief Executive who wants to seek a re-election to serve a second term, then he or she will be put in a position as chairing the National Security Committee to form an opinion on whether, in a CE election, a candidate fulfils the qualification. That could be seen as a more direct conflict of interest because the CE will be in a position that he or she could disqualify other candidates. I will make it a rule, not in the legislation, but I will make it very clear now and I will say it very clearly in the Legislative Council through my colleagues that it is my view that any incumbent Chief Executive, if he or she is seeking another term through election, in other words he or she will contest in the coming Chief Executive election, then this incumbent Chief Executive should not get himself or herself involved in that particular discussion at the National Security Committee. But the Candidate Eligibility Review Committee has no position for the Chief Executive. The Chief Executive only appoints. If any members of the Candidate Eligibility Review Committee, for example a Principal Official who wants to contest in a CE election, then well before the nomination period starts, he or she has to resign. That conflict simply will not arise.

Reporter: Two questions. A follow-up question on why it is unlawful to encourage others not to vote. Some tricky scenarios here. What if voters find no favourable candidates in their own constituencies, can they simply express their view and ask their friends in the neighbourhood not to vote? And if there are only two candidates in one constituency, can a candidate simply ask voters not to support his rival? The second question regarding the vetting committee, as the national security police are given power to conduct background checks, how would you address the concerns over the absence of checks and balance of the Police? Will any intelligence collected by the national security police in the vetting process be used to accuse potential candidates of violating the national security law? Thank you.

Chief Executive: I'll answer the second question, and the Secretary for Constitution and Mainland Affairs could help, again, on this election matter about inciting people not to vote and so on.

The world has changed, especially for Hong Kong in terms of national security. Since June 30 last year, we have a national security law, and the national security law is a piece of national legislation promulgated for implementation in Hong Kong. By definition, not only in Hong Kong, but in worldwide, national security are top confidential matters. The law provides that the designated department, the National Security Department in the Hong Kong Police Force, be given certain powers and responsibilities, and the responsibility includes conducting assessment on national security grounds. They have to fulfil their duty, and on this occasion a part of this duty is to provide input, on a fact-finding basis, to the National Security Committee, which will then form an opinion on whether a certain candidate, based on the facts presented by the Police, is qualified or not qualified to run in an election. If he or she is not qualified on national security grounds, then an opinion will be passed on to the Candidate Eligibility Review Committee for a final decision to be made by the Candidate Eligibility Review Committee. And the work of the National Security Committee and, by definition, the work of the National Security Department in the Police Force is not to be disclosed. Similarly, I don't think anybody will breach the law to try to disclose information collected by the Police for this particular purpose for other purposes, in which case I'm sure that they will be breaching the law in other aspects.

Permanent Secretary for Constitutional and Mainland Affairs: My first comment on second hypothetical scenario of the reporter is about whether is legal to ask your friend or other people not to support any candidate or one of the two candidates, as you have mentioned, in an election. It is actually perfectly legal to do so as long as when you are, actually in the existing legislation, when you are trying to do something to promote the election of a candidate or to prevent another candidate from being elected, what you are doing is what we called election advertisement. And you have to count your expenses, so if you are doing it for a candidate, then all the expenses you have incurred in doing the promotion for that particular candidate or against another candidate, would be counted as part of the election expenses of that candidate. That's one point.

The second point is if you are doing it without the consent of the candidate you want to promote, then you are probably committing an offense. Without the permission of the candidate, and then incur expenses on his behalf, is an offence under the existing law. The first hypothetical situation which you have mentioned, whether is legal to ask your friend not to vote, or to cast an invalid vote, or to destroy a ballot paper in the polling station, the last scenario is a criminal offence. So it all depends on the factual situation of your behaviour, and whether you are doing it in some form of organised activity, is a matter of evidence for the court. Thank you. 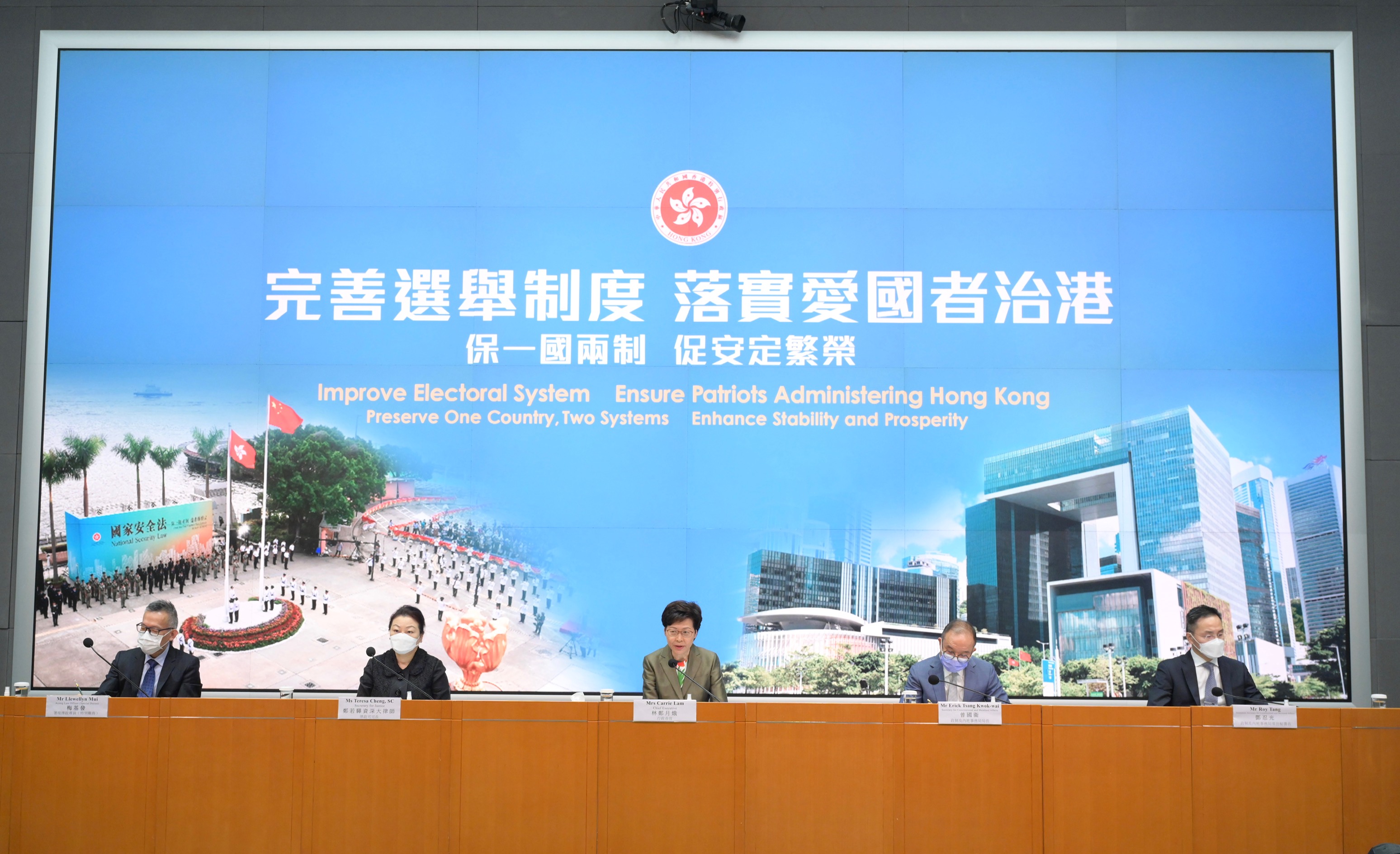 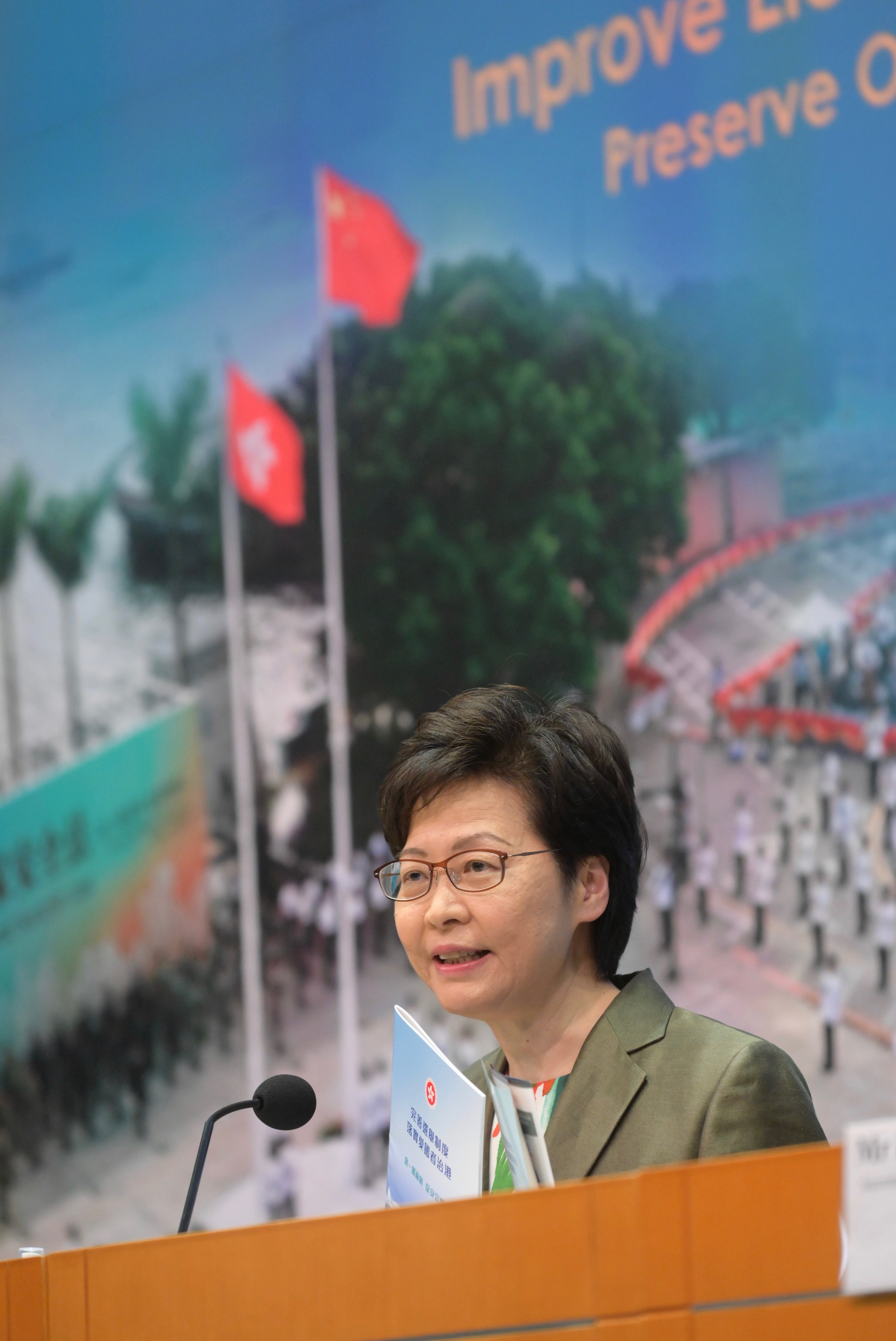