The ​"Success through Synergy" seminar on opportunities for Hong Kong's legal industry in the Guangdong-Hong Kong-Macao Greater Bay Area (GBA), organised by the Department of Justice (DoJ) and the Law Society of Hong Kong, was held today (August 13). Participants conducted an in-depth discussion on the important role played by the Hong Kong legal sector in the development of the GBA, urging the legal sector to seize the opportunities and proactively integrate into the overall development of the country.

The Secretary for Justice, Ms Teresa Cheng, SC, said in her opening remarks that the GBA has been growing rapidly. As the only common law jurisdiction within the country, Hong Kong can utilise the unique advantages under the "one country, two systems and three jurisdictions" in the GBA. She added that ample opportunities have been opened up after the DoJ reached a number of co-operation arrangements with the Mainland. Ms Cheng encouraged the legal sector to treasure the opportunities and also expressed her gratitude to the Central Government for its support and concern.

Speakers attending the panel discussions came from the legal and dispute resolution sector as well as government departments. They offered views and insights on measures in relation to cross-boundary co-operation and the ways to facilitate Hong Kong's dispute resolution services in the GBA, and also shared their personal experiences. In particular, the speakers welcomed the implementation of the GBA Legal Professional Examination. They opined that the arrangement will allow Hong Kong legal practitioners to provide clients in the GBA with Hong Kong and Mainland legal services and safeguards, which are conducive to promoting closer integration of legal services, attracting more investments and opening up new business opportunities in the GBA. 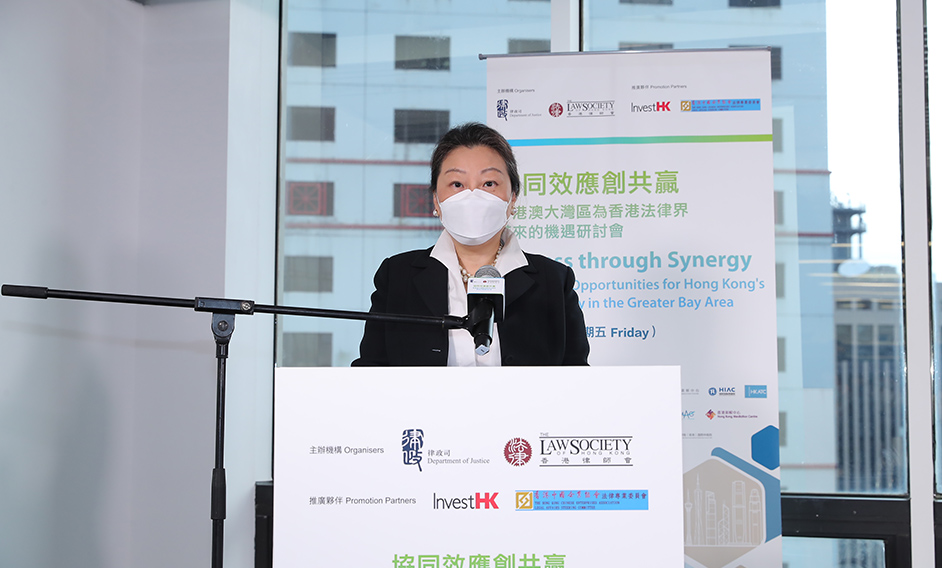 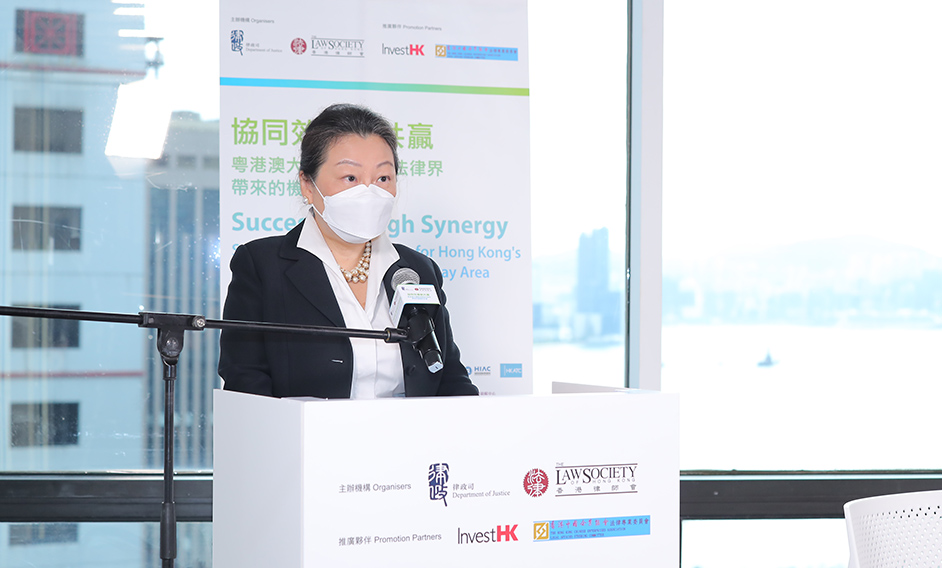 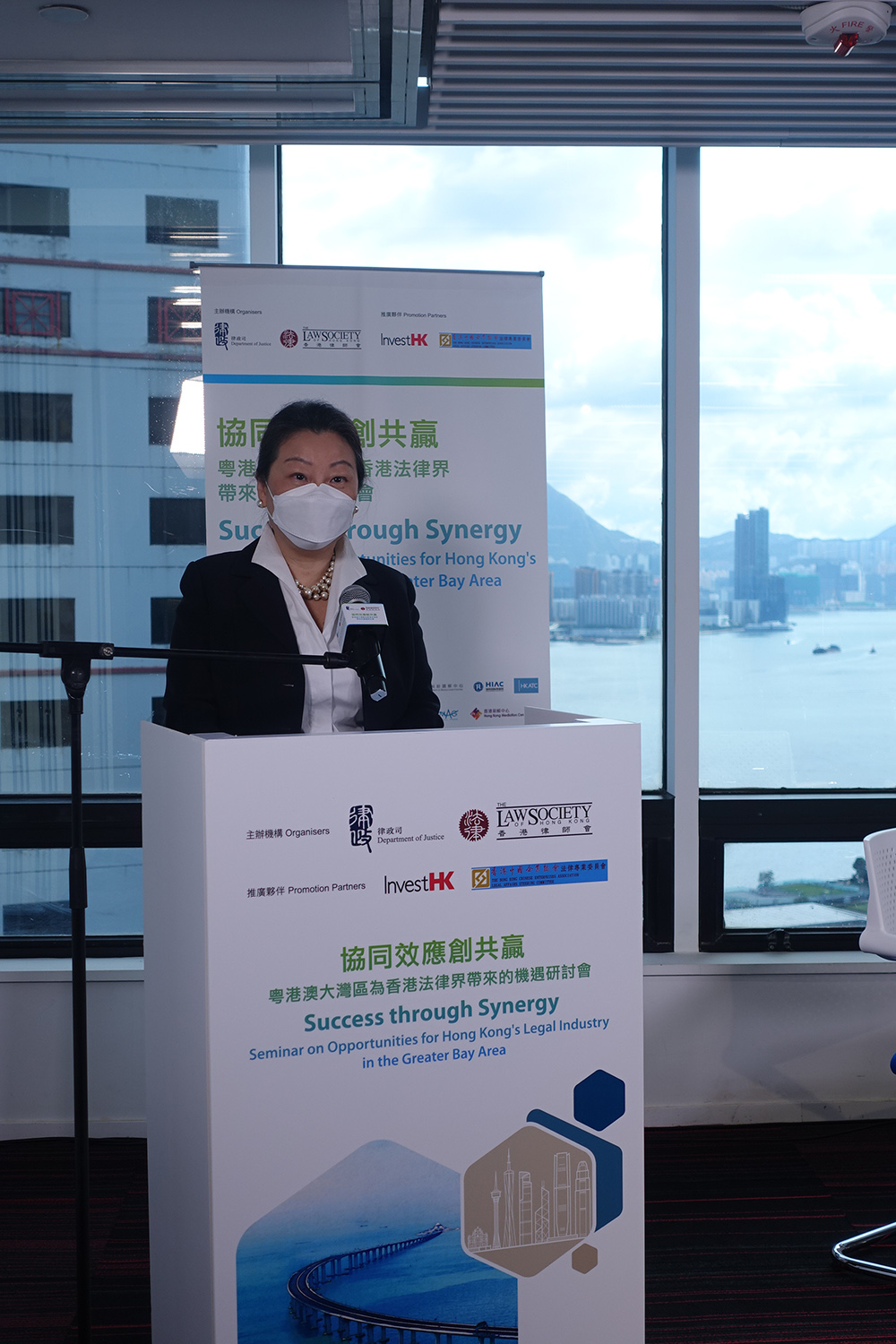