The plaque unveiling ceremony for the Working Group on the Greater Bay Area Mediation Platform (GBA Mediation Platform), established by the Guangdong, Hong Kong Special Administrative Region (SAR) and Macao SAR legal departments, was held today (August 26). The event was officiated by the Director-General of the Department of Justice of Guangdong Province, Mr Chen Xudong; the Secretary for Justice, Ms Teresa Cheng, SC; and the Secretary for Administration and Justice of the Macao SAR Government, Mr Cheong Weng Chon.
Ms Cheng said that the Guangdong-Hong Kong-Macao Greater Bay Area (GBA) has been developing rapidly since the promulgation of the Outline Development Plan for the GBA. As the only common law jurisdiction within the country, Hong Kong can utilise the unique advantages under the "one country, two systems and three jurisdictions" in the GBA, and provide quality, effective and convenient legal services in the area in accordance with the development blueprint mapped out in the 14th Five-Year Plan.
She said that during the Guangdong-Hong Kong-Macao Bay Area Legal Departments Joint Conference held last year, the legal departments of the three places endorsed the Proposal to set up the GBA Mediation Platform as a co-operation platform for promoting mediation work, so as to enable better use of mediation by the business sector and the public in the area.
Ms Cheng further said that the legal regulatory interface and connectivity in the GBA have yielded certain positive results. For instance, according to the Record of Meeting on Mutual Recognition of and Assistance to Bankruptcy (Insolvency) Proceedings between the Courts of the Mainland and the Hong Kong SAR signed in May this year, Shenzhen is one of the pilot areas that recognise insolvency proceedings in Hong Kong. Bankruptcy administrators from the Mainland may also apply to the High Court in Hong Kong for recognition of bankruptcy proceedings in the Mainland. In addition, the GBA Legal Professional Examination has been implemented with its inaugural examination held successfully on July 31.
The inaugural meeting of the Working Group was held after the ceremony. During the meeting, qualification and accreditation standards for mediators in the GBA, best practices for mediators' code of conduct, and guidelines for mediation rules applicable to cross-boundary disputes were discussed. The Working Group will also continue to actively promote the work of the GBA Mediation Platform. 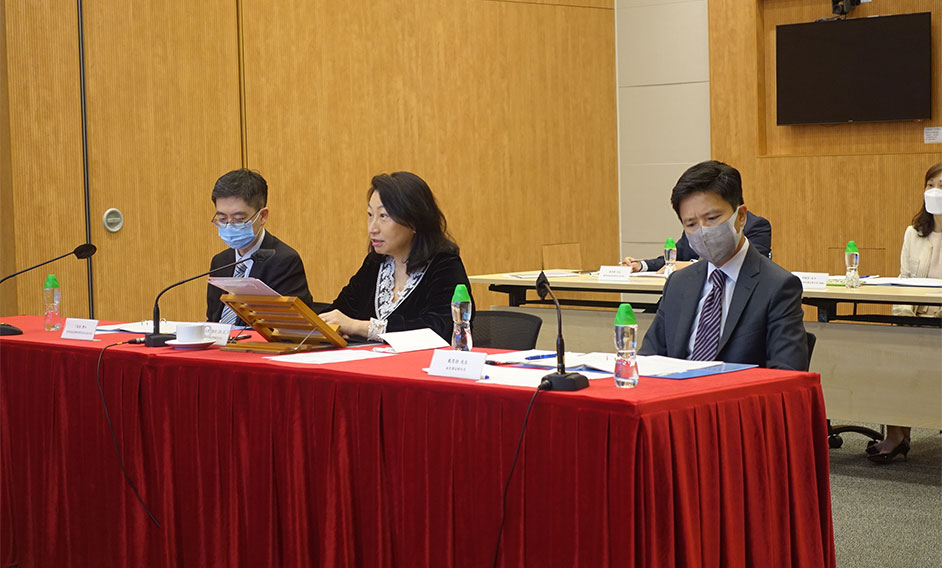