The inaugural Rule of Law Signature Engagement Event: "A Journey of Transformation for a Sustainable Future", organised by the Department of Justice (DoJ) with the support of LAWASIA, was held today (November 5), marking the finale of Hong Kong Legal Week 2021.

In delivering her welcome remarks, the Secretary for Justice, Ms Teresa Cheng, SC, stated that the event aimed to have a more in-depth discussion on selected topics involving specific stakeholders. She added that the event was complementary to the Rule of Law Congress and both of them would be held in alternating years during Hong Kong Legal Week each year.

Ms Cheng further said that through today's discussion, covering a number of crucial topics including the development of legal technology, advancing access to justice and the importance of objective data, and how cultural, legal traditions and socio-economic factors interplay for the development of the rule of law, it is expected that the message of building and maintaining more equal and inclusive societies for a sustainable future in the region and beyond could be widely spread.

Addressing the opening session, the Chief Justice of the Court of Final Appeal, Mr Andrew Cheung Kui-nung, remarked that the successful maintenance of the rule of law is supported by multiple pillars, and one foundational pillar is judicial independence, which is specifically provided for in various Articles of the Basic Law. He pointed out that it is the courts' role to administer the law and decide legal issues, and that it is never their function to resolve any underlying political or social controversies. He underlined that the continued success of Hong Kong is very much tied to the upholding of the rule of law.

The Director General of the International Research Center of Big Data for Sustainable Development Goals, Professor Guo Huadong, in giving his keynote speech, announced that a sustainable development satellite was launched by the centre today to provide advanced, open and shared data resources for monitoring and evaluating the sustainable development index representing the interaction between humans and nature.

Two roundtable dialogue sessions and a panel discussion with guest speakers, including young legal practitioners and students, discussing issues related to access to justice and its implications on sustainable development and legal technology were also conducted.

The Rule of Law Database was officially launched during today's event. Through collecting and collating relevant objective data and in-depth studies on the impact on the rule of law practice by the uniqueness of the jurisdictions, the Rule of Law Database aims to solidify the proper understanding of how the rule of law is practised and hence to improve on it as necessary.

Before the event concluded, a ceremonial opening of the hot-desking of LAWASIA was held to celebrate the first organisation joining the DoJ's hot-desking offices. The DoJ will provide administrative support to assist international legal professional and related organisations in organising training, conferences or other events of mutual interest in Hong Kong.

The President-elect of LAWASIA, Ms Melissa Pang, remarked that the facility would be of great assistance to LAWASIA and its activities in Hong Kong and the Asia-Pacific region. She also expressed her gratitude to the DoJ for the opportunity to enhance collaboration in areas of mutual interest.

Meanwhile, with the Central People's Government's support, the DoJ has secured the hosting of the 59th Annual Session of the Asian-African Legal Consultative Organization in Hong Kong later this month, during which important international law topics will be discussed.

The programmes of Hong Kong Legal Week 2021 have offered insightful and resourceful discussions to the participants who joined either in person or online. The full event will be available for review at the dedicated webpage. 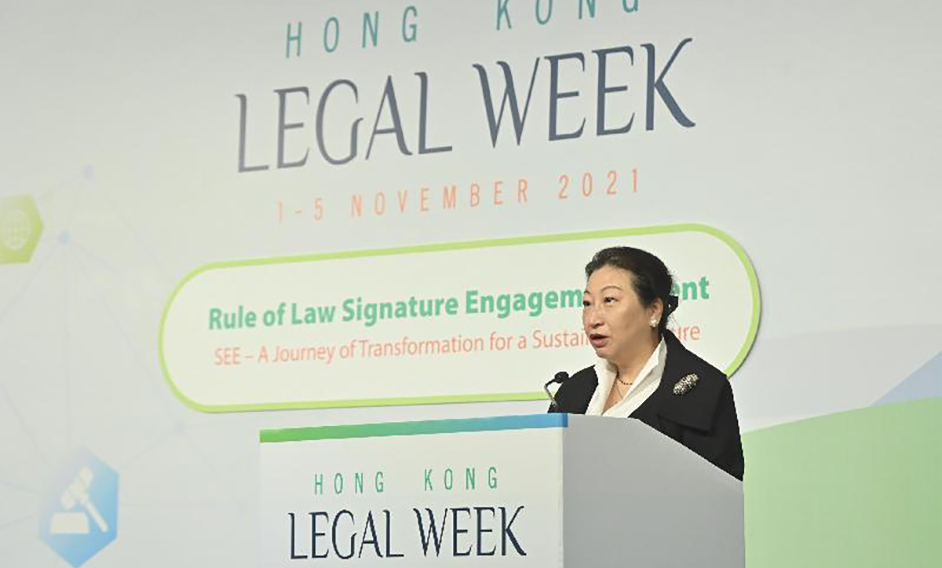 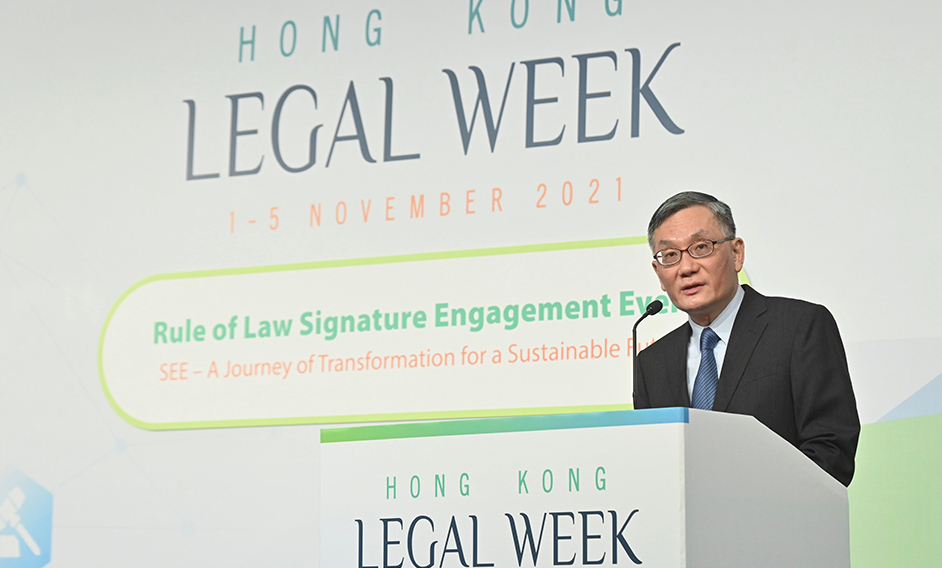 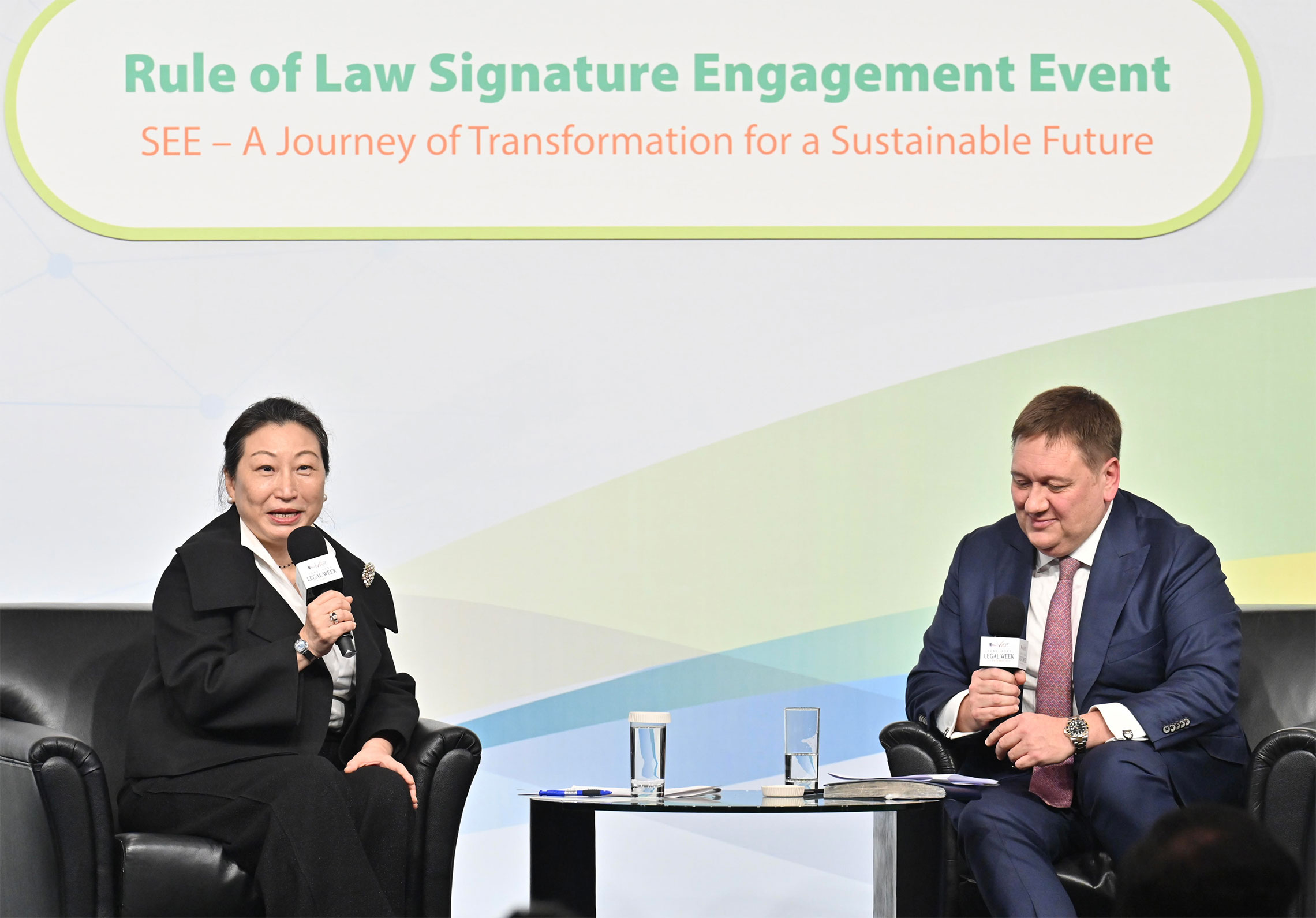 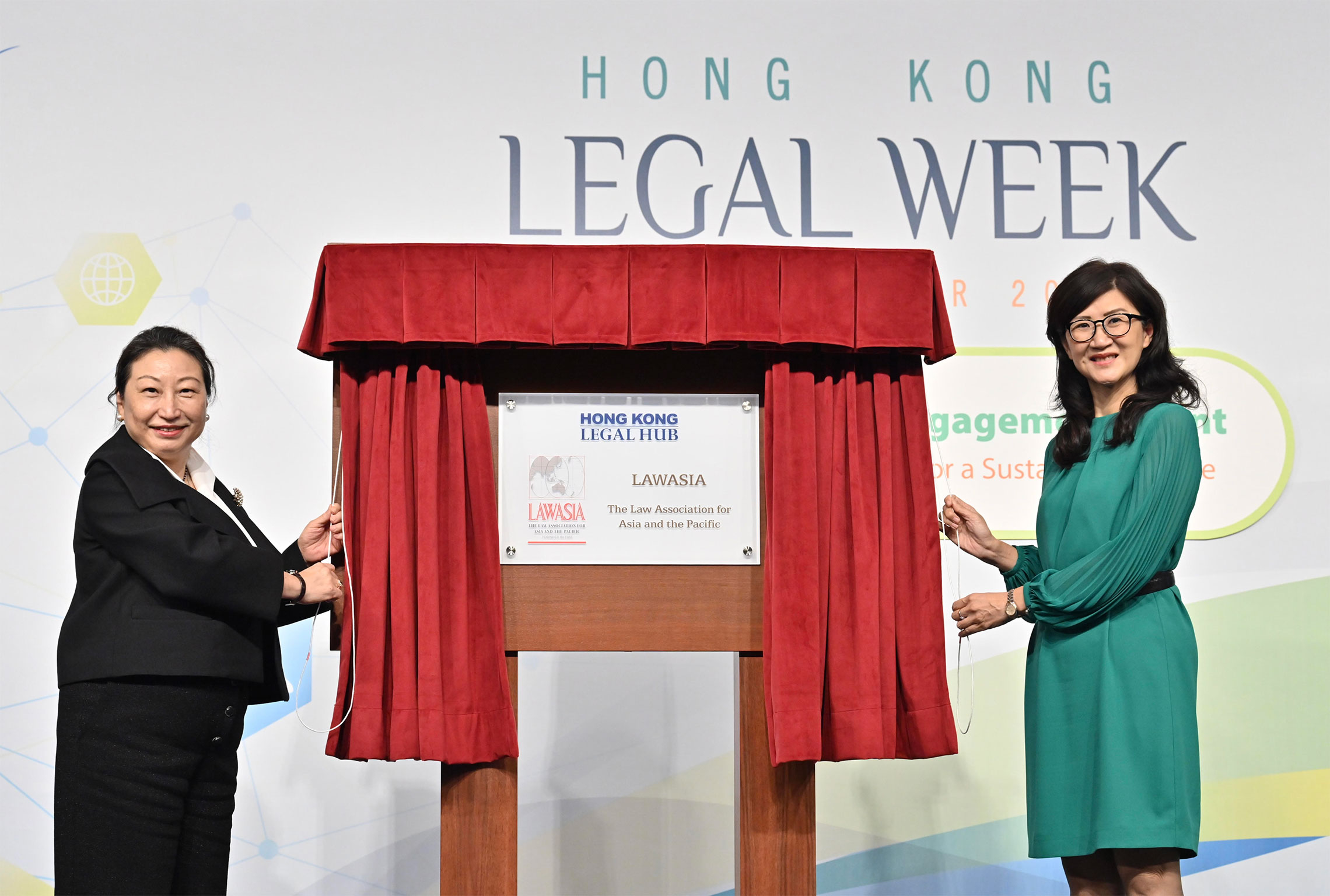