Before the commencement of the second day of the 59th Annual Session of the Asian-African Legal Consultative Organization (AALCO), a side event entitled "Dispute Settlement - Online Dispute Resolution" was held in the afternoon today (November 30).

In delivering her opening remarks at the side event, the Secretary for Justice, Ms Teresa Cheng, SC, said that the AALCO Hong Kong Regional Arbitration Centre has been established with a view to promoting the growth and effective functioning of, among others, online dispute resolution (ODR). She stressed that the Hong Kong Special Administrative Region Government has been fostering the development of ODR on various fronts, citing its opting into the Asia-Pacific Economic Cooperation (APEC) Collaborative Framework on ODR and the launch of the Inclusive Global Legal Innovation Platform on ODR as examples.

Ms Cheng further introduced to the participants the Workshop on ODR for Association of Southeast Asian Nations (ASEAN) trade organised with the support of the ASEAN Secretariat during Hong Kong Legal Week 2021 earlier this month in which international experts met to discuss the importance of ODR for cross-border trade.

A presentation was then given by the Chief Executive Officer of the eBRAM International ODR Centre, Ms Emmanuelle Ta, who highlighted the ODR platform and lawtech services provided by eBRAM that aim to meet the expanding demand for dispute resolution services across borders. It was followed by a video interview with the Vice-Chairman of the Advisory Committee of the Cairo Regional Centre for International Commercial Arbitration, Professor Mohamed Abdel Wahab, who shared with the audience his invaluable insights and experiences on ODR.

At the roundtable discussion, guest speakers from the legal and dispute resolution sectors had an in-depth discussion on issues related to the recourse and opportunities arising from ODR.

In his closing remarks at the side event, the Secretary-General of AALCO, Professor Kennedy Gastorn, noted the potential for the use of ODR for AALCO member states, particularly with reference to the experience of eBRAM and its procedural rules developed in accordance with the relevant framework of APEC. He also expressed his confidence that the newly established AALCO Hong Kong Regional Arbitration Centre could further advance the growth of ODR in the region and beyond.

Meetings of the AALCO member states' delegations have been held after the side event and will continue tomorrow (December 1), with important international law topics in the Asian and African regions including "Upholding International Law for a Community of Shared Future: the Role of Asian and African Countries" and "International Law in Cyberspace" to be discussed by high-ranking diplomats and legal experts representing the member states as well as observer delegations representing governments and international organisations from across the globe. 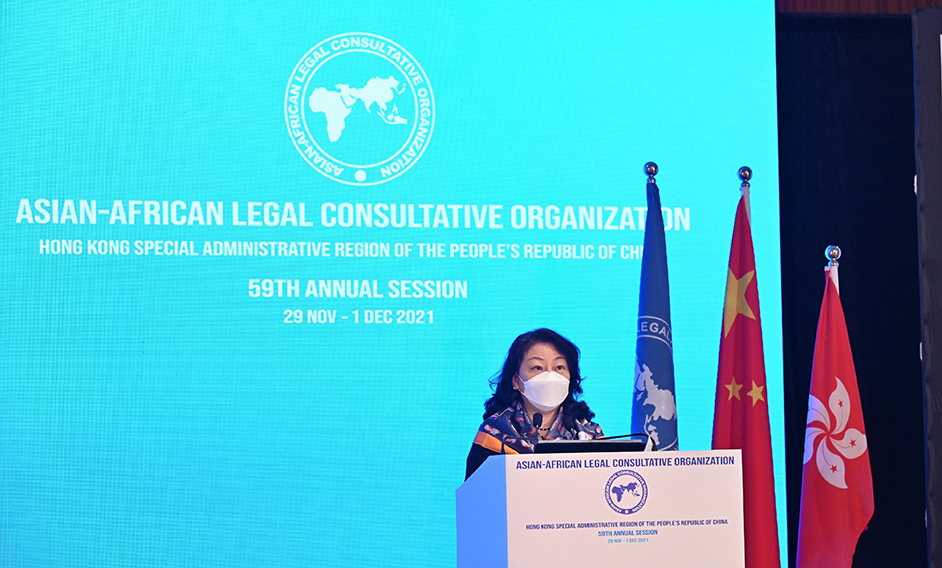 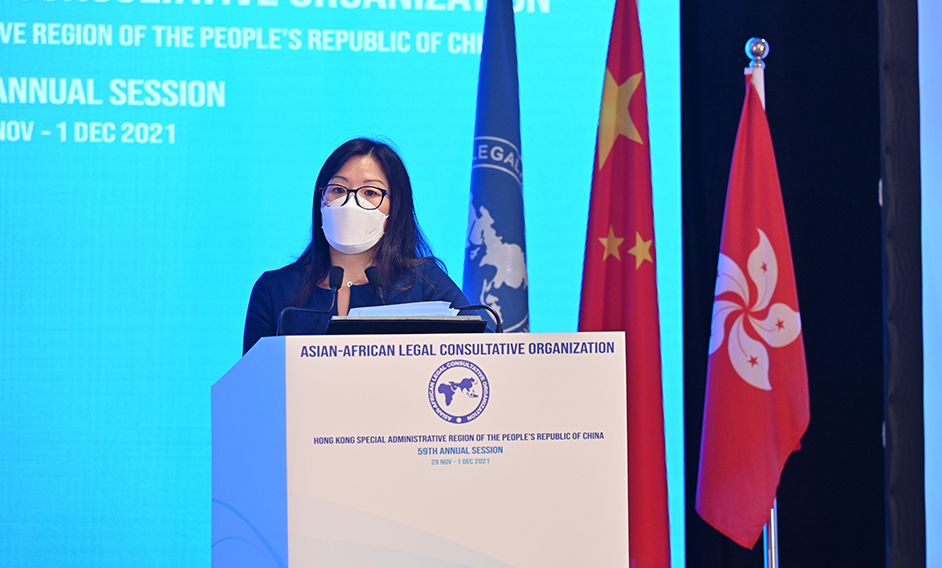 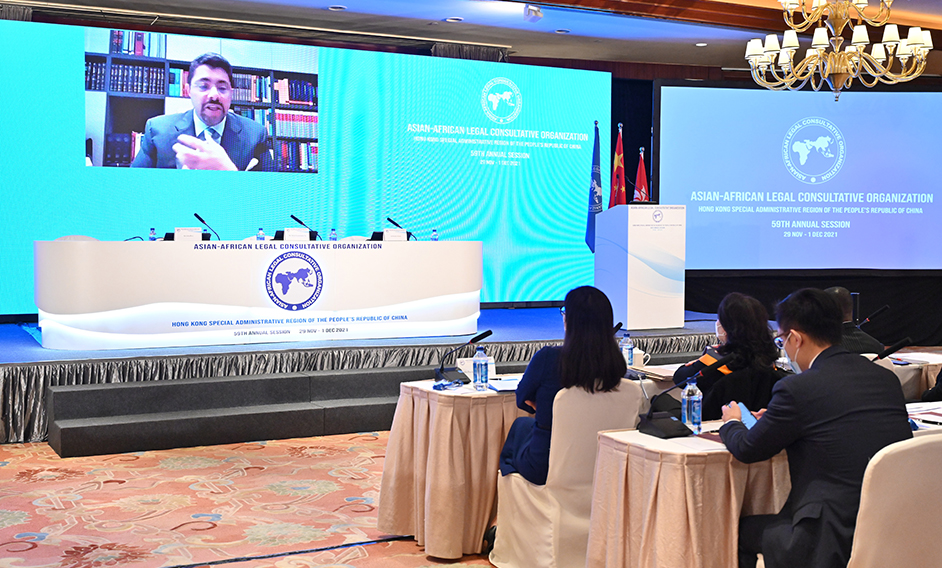 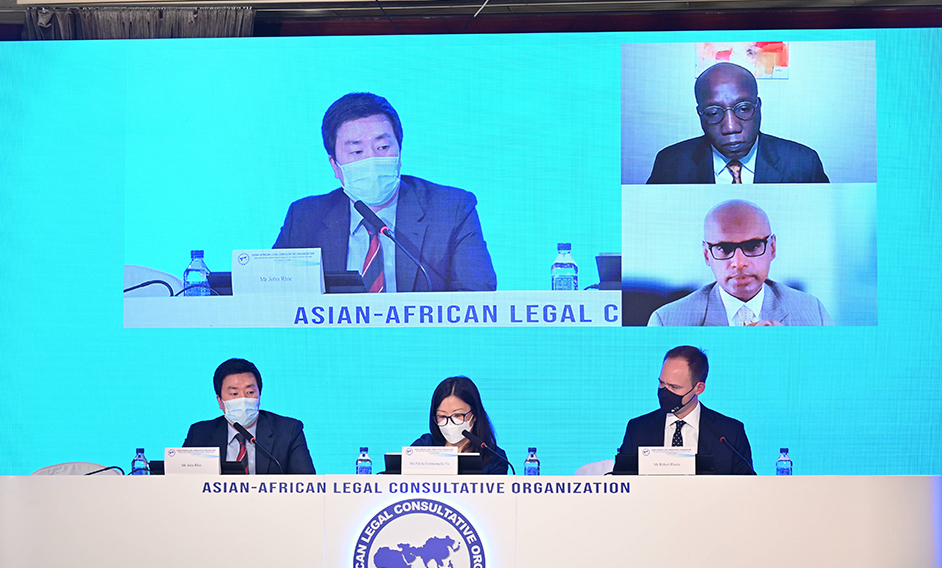 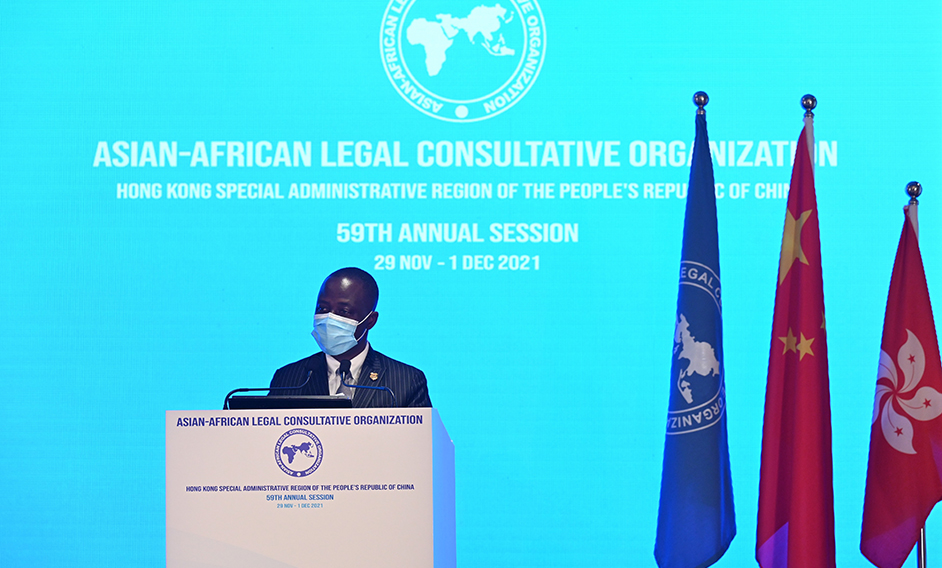