SJ highlights importance of rule of law to teachers (with photos)

The Secretary for Justice, Ms Teresa Cheng, SC, highlighted the fundamental importance of the rule of law to more than 180 principals and teachers at a training course today (December 1).

The training course, "Reinforcing the Rule of Law", was co-organised by Endeavour Education Centre and the Education Bureau, and supported by the Department of Justice (DoJ). It aims to provide teachers with a proper understanding of the rule of law, the Constitution and the Basic Law, as well as the importance of national security.

At the beginning, Ms Cheng emphasised that judicial independence is the cornerstone of the rule of law, which is premised on the solid infrastructure that has been laid down in the Basic Law, including the security of tenure, the immunity of judges, and importantly, the express provision in Article 85 of the Basic Law that guarantees judicial independence, free from any interference.

Noting the recent instances of intimidation against judges and judicial officers, Ms Cheng said that judges, in exercising their judicial power, must take into account the applicable law and admissible evidence. Their judgments set out the full reasons for arriving at a decision. This is in accord with the basic principle that judges are to decide cases according to the law impartially and independently.

She further said that it is fundamental to the rule of law that everyone should respect court decisions and obey court orders. Attacks made against the Judiciary simply based on the outcome of cases, or made with an attempt to exert undue influence on judges by means of doxxing or threats of violence, are not only unacceptable in a law-abiding society, but will also be to no avail.

On prosecution policy, Ms Cheng stressed that Article 63 of the Basic Law guarantees that all prosecutions are controlled by the DoJ, free from any interference. All prosecutorial decisions are based on admissible evidence and applicable laws. Prosecutions would be instituted only if there is sufficient admissible evidence to support a reasonable prospect of conviction and if it is in the public interest to do so. The DoJ has been carrying out this constitutional duty in a professional and fair manner.

In explaining the rule of law in international legal order, Ms Cheng outlined the principles of equality of states and non-intervention. She said that improving the electoral system of the Hong Kong Special Administrative Region is within the purview of the Central Authorities. The improved system ensured the balanced and orderly political participation of the Hong Kong community as well as broader representation. She called on electors to cast votes in the Legislative Council Election on December 19, with a view to building a brighter future for Hong Kong together.

Before concluding her talk, Ms Cheng said that Hong Kong has been making progress in international rankings on the rule of law since Hong Kong's return to the Motherland. The Worldwide Governance Indicators project of the World Bank Group showed that Hong Kong's percentile rank in respect of the rule of law was 69.85 in 1996. With the full implementation of "one country, two systems" and safeguards provided for by the Basic Law, Hong Kong's score reached 74.75 in 2000, and has been consistently above 90 since 2003, demonstrating that the city’s rule of law has a solid foundation.

This occasion was the second time for Ms Cheng to deliver a talk at the training course. Today, she was joined by the Director of Public Prosecutions, Ms Maggie Yang, who gave a presentation on offences in relation to drugs, cyber bullying, signature forging, etc. 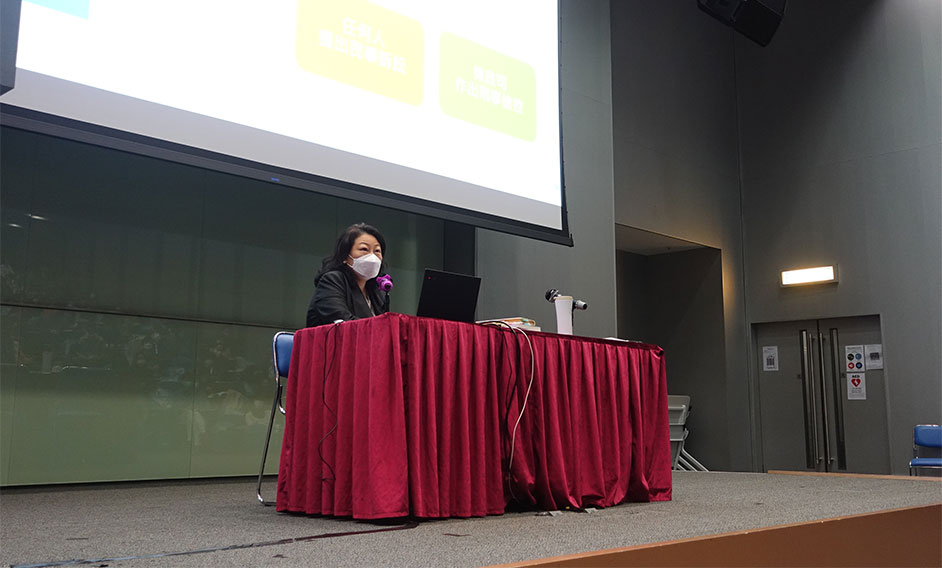 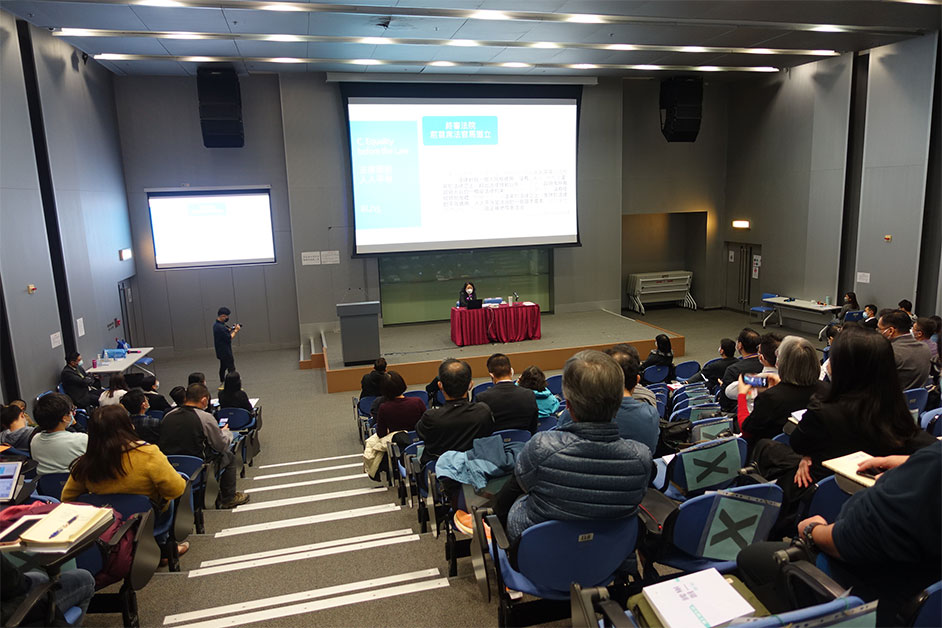