The Law Reform Commission of Hong Kong (LRC) today (December 15) published a report on the topic of "Outcome Related Fee Structures for Arbitration", recommending that the law in Hong Kong be amended to lift the prohibitions on the use of outcome related fee structures (ORFSs) by lawyers in arbitration taking place in and outside Hong Kong.

The report follows a study by the LRC's Outcome Related Fee Structures for Arbitration Sub-committee, co-chaired by Ms Kathryn Sanger and Ms Briana Young, which issued a consultation paper in December 2020. The Sub-committee has studied the legal regimes and experiences of a number of other jurisdictions, including Singapore, England and Wales, Australia, Mainland China and the United States. The public responses to that paper were overwhelmingly supportive of the proposed reform, and have been taken into account in formulating the final recommendations in the report.

Ms Sanger said that a CFA refers to an agreement pursuant to which a client agrees to pay the lawyer an additional fee, known as a success fee, only payable in the event of a successful outcome for the client in respect of the claim or proceedings. The success fee can be an agreed flat fee, or calculated as a percentage uplift on the fee that the lawyer would have charged if there were no ORFS in place during the course of the proceedings.

As for a DBA, this refers to an agreement between a lawyer and a client whereby the lawyer receives payment only if the client obtains a "financial benefit" in the matter, and such payment, known as the DBA payment, is calculated by reference to such financial benefit, i.e. a percentage of any monetary award, or settlement agreement, that is obtained by the client in or through the course of the arbitration proceedings.

A Hybrid DBA refers to an agreement between a lawyer and a client whereby the lawyer agrees with the client to be paid a DBA payment only in the event the client obtains a financial benefit in the matter and also fees (typically discounted) for legal services rendered during the course of the matter.

At present, lawyers in Hong Kong are prohibited from entering into ORFSs for litigation and arbitration proceedings. However, with the exception of Singapore (where a framework to introduce CFAs is currently proposed, but not yet implemented), all major arbitral seats permit some form of ORFSs. In order to enable Hong Kong to maintain its status as a leading arbitration centre, the report recommends that prohibitions on the use of ORFSs in arbitration by lawyers should be lifted, so that users of arbitration in Hong Kong and their lawyers may choose to enter into ORFSs for arbitration. The recommendations are limited to arbitration and related court proceedings, such as applications to the Hong Kong courts to set side or enforce an arbitral award. The proposed reform does not extend to any other Hong Kong court proceedings.

Ms Sanger said that the proposed reforms are necessary to preserve and promote Hong Kong's competitiveness as a leading arbitration centre, enhance access to justice and, importantly, respond to increasing client demand for pricing and fee flexibility. For Hong Kong to remain a leading arbitration hub, it is essential that it can offer what its competitors offer. An important element of this is the ability to compete with other jurisdictions when it comes to legal fees, and the structure of those fees, for arbitration work.

The report further recommends that, for the CFA regime, the success fee should be fixed by reference to the fee that the lawyer would charge the client if there were no ORFS in relation to the arbitration, known as the "benchmark" costs, and be capped at 100 per cent of such costs. This is consistent with the position in England and Wales, where CFAs have been permitted since the 1990s. Barristers should also be subject to the same 100 per cent cap in such circumstances.

As regards the DBA and Hybrid DBA regimes, the report recommends that the DBA payment should be payable in accordance with the terms agreed between lawyer and client wherever a "financial benefit", broadly defined, is obtained by the client, based on the value of, and capped at 50 per cent of, that financial benefit. Again, this is consistent with the current position in England and Wales.

In order for lawyers to be permitted to use ORFSs for arbitration and with a view to introducing an appropriate form of regulation, the report recommends that amendments be made to (1) the Arbitration Ordinance (Cap 609), (2) the Legal Practitioners Ordinance (Cap 159), (3) the Hong Kong Solicitors' Guide to Professional Conduct, and (4) the Hong Kong Bar Association's Code of Conduct in clear and simple terms.

Under this approach, the report further recommends that the more detailed legislative framework and the particular safeguards which form part of the ORFS regime for arbitration should be set out in subsidiary legislation. Such safeguards include: the ORFS must be in writing and signed by the client, the lawyer should inform clients of their right to take independent legal advice, and the ORFS should be subject to a minimum cooling-off period of seven days.

The report and the executive summary can be accessed on the website of the LRC at www.hkreform.gov.hk. Hard copies are also available on request from the Secretariat of the LRC at 4/F, East Wing, Justice Place, 18 Lower Albert Road, Central, Hong Kong. 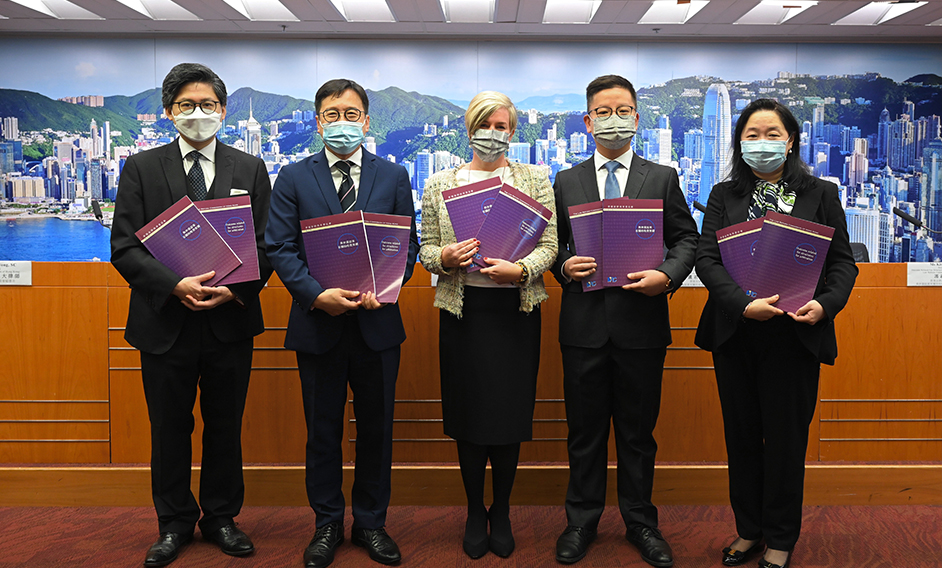