Preceded by the Pre-intersessional Meeting in November 2020 and the Inter-Sessional Meeting of Working Group III of the United Nations Commission on International Trade Law (UNCITRAL) in October 2021, the Department of Justice (DoJ) co-organised again with UNCITRAL and the Asian Academy of International Law, with support from the Central People's Government, the first-ever UNCITRAL Working Group III on ISDS Reform - Forum for Further Preparatory Work on Investment Mediation (Preparatory Forum) in hybrid mode in the Hong Kong Special Administrative Region (HKSAR) today (May 5) during Mediation Week 2022 - "Mediate First, Harmony from Now to Beyond". The Preparatory Forum has attracted around 500 registered participants from 68 jurisdictions to attend.

Since 2017, the DoJ has been participating as members of the Chinese delegation of the UNCITRAL Working Group III, which has been entrusted with the mandate to work on the possible reform of investor-state dispute settlement (ISDS reform), including mediation.

The Secretary of the UNCITRAL, Ms Anna Joubin-Bret, in her opening remarks expressed appreciation to China's continued support for the work of Working Group III on investment mediation. The Deputy Director-General of the Department of Treaty and Law of the Ministry of Foreign Affairs of the People's Republic of China, Dr Sun Jin, emphasised the many benefits of international mediation as a peaceful and rule-of-law based means of dispute resolution conducive towards promoting harmony and multilateralism.

The Preparatory Forum started off with a panel of renowned practitioners and academics sharing their experience and insights to facilitate Working Group III in considering the designs of model clauses and guidelines on investment mediation. The seminar portion illustrated that getting the frameworks right, overcoming psychological barriers through education and unlocking mediation's synergy with other ISDS reform options are the three keys in promoting the greater use of investment mediation.

Following the seminar portion of the Preparatory Forum, Working Group III delegations proceeded with a closed-door roundtable discussion on the formulations of the draft model clauses and guidelines on investment mediation. The Commissioner of Inclusive Dispute Avoidance and Resolution Office of the DoJ, Dr James Ding, moderated a discussion on the draft model clauses and experts from the HKSAR also contributed suggestions and ideas, with reference to the Mainland and Hong Kong Closer Economic Partnership Arrangement Investment Mediation Rules, to facilitate the Working Group in developing the texts on investment mediation. 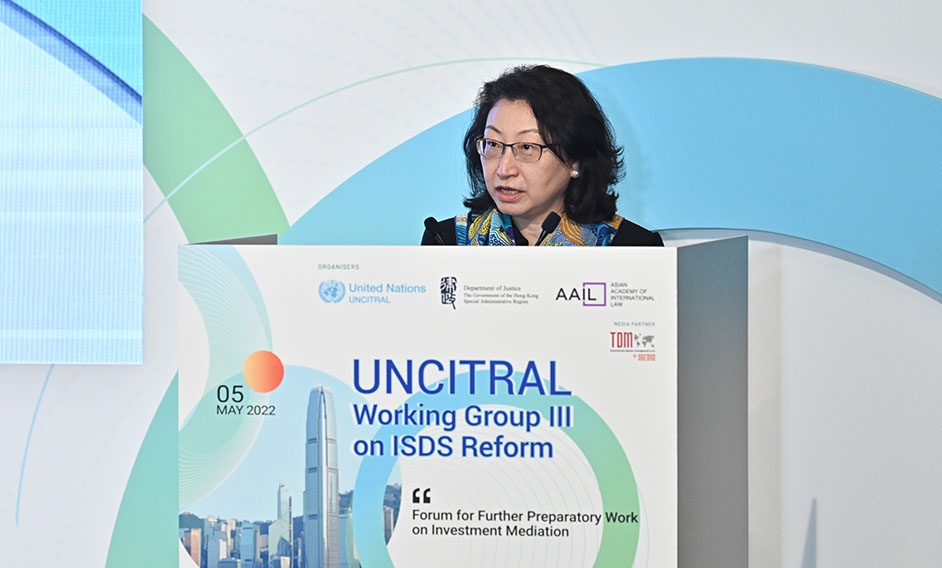 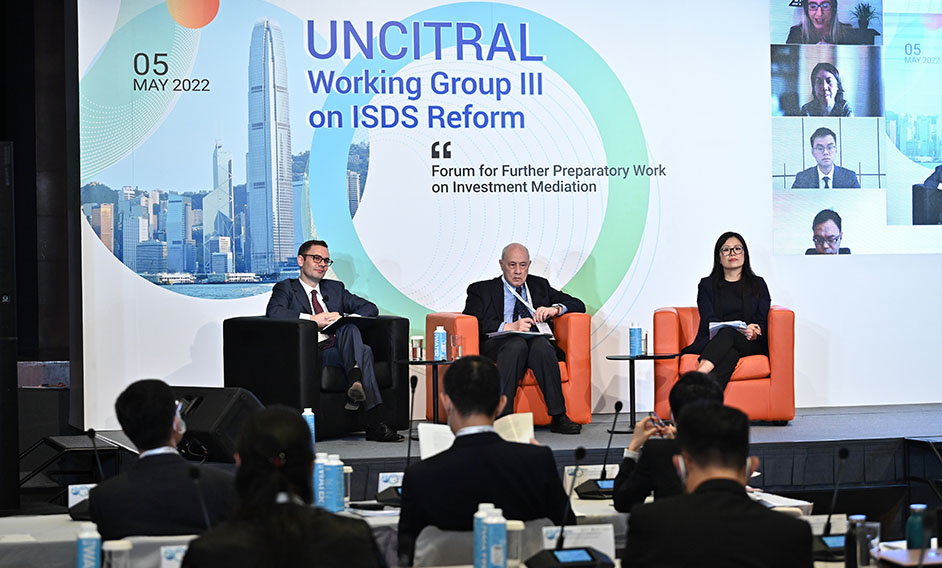 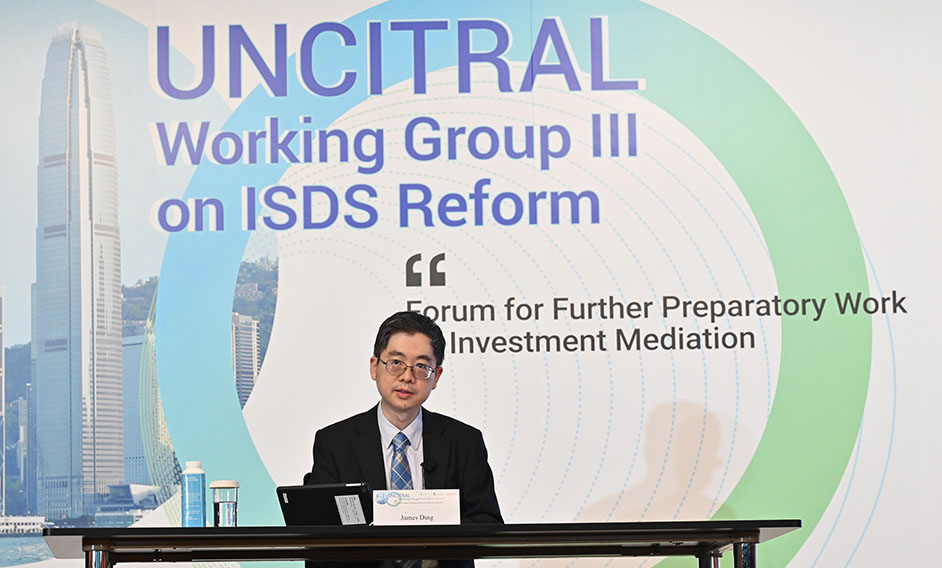