The Secretary for Justice, Ms Teresa Cheng, SC, spoke to about 100 principals and teachers on the proper concepts of the rule of law and the legal system in Hong Kong at a training course today (June 1).

Co-organised by Endeavour Education Centre and the Education Bureau, and supported by the Department of Justice (DoJ), the training course "Reinforcing the Rule of Law" aims to provide teachers with the proper understanding of the rule of law, the relationship between the Constitution and the Basic Law, and the importance of national security.

Ms Cheng was invited to deliver a talk on "How the Hong Kong Special Administrative Region consolidates the upholding of the rule of law in society", in which she introduced the basic principles of statutory law and the common law in Hong Kong's legal system, the spirit of the rule of law and the importance of judicial independence. She briefly explained the difference between statutory law and common law, pointing out that the latter is the cornerstone supporting the capitalist system under "one country, two systems". She also added that it is essential to comprehend the correct understanding of the Constitution in the hierarchical order of laws that are applied in Hong Kong.

Highlighting the spirit of the rule of law, in particular equality before the law, Ms Cheng said that it is expressly set out in Article 25 of the Basic Law. She also stressed that any advocacy on violation of law is contrary to the rule of law.

On judicial independence, Ms Cheng emphasised that it is premised on the solid infrastructure that has been laid down in the Basic Law, including the security of tenure, the immunity of judges, and importantly the express provision in Article 85 of the Basic Law that guarantees judicial independence, free from any interference, whilst the appellate system in Hong Kong ensures that justice is properly administered and due process is observed. She said that the power of the Standing Committee of the National People's Congress in interpreting the Basic Law in accordance with Article 158 is consistent with the constitutional order of Hong Kong, adding that it does not undermine judicial independence as the power of final adjudication of the Hong Kong Special Administrative Region is still vested in the Court of Final Appeal.

Ms Cheng pointed out that, since its return to the motherland, Hong Kong has been making progress in international rankings on rule of law. According to the Worldwide Governance Indicators project of the World Bank Group, Hong Kong's percentile rank in respect of the rule of law was 69.85 in 1996. With the full implementation of "one country, two systems" and safeguards provided for by the Basic Law after the return to the motherland, Hong Kong's score reached 74.75 in 2000, and has been consistently above 90 since 2003. The latest result published earlier showed that Hong Kong attained the score of 91.83 in 2020, demonstrating once again that the city's rule of law has a solid foundation.

Ms Cheng said she hoped that, through the training course, teachers would have a better understanding of the Constitution, the Basic Law and the importance of national security, enabling them to impart correct knowledge to students. The DoJ will continue to roll out Vision 2030 for Rule of Law programmes in order to further promote the proper concept of the rule of law, and in collaboration with various sectors nurture young people into a law-abiding generation with a sense of national identity. 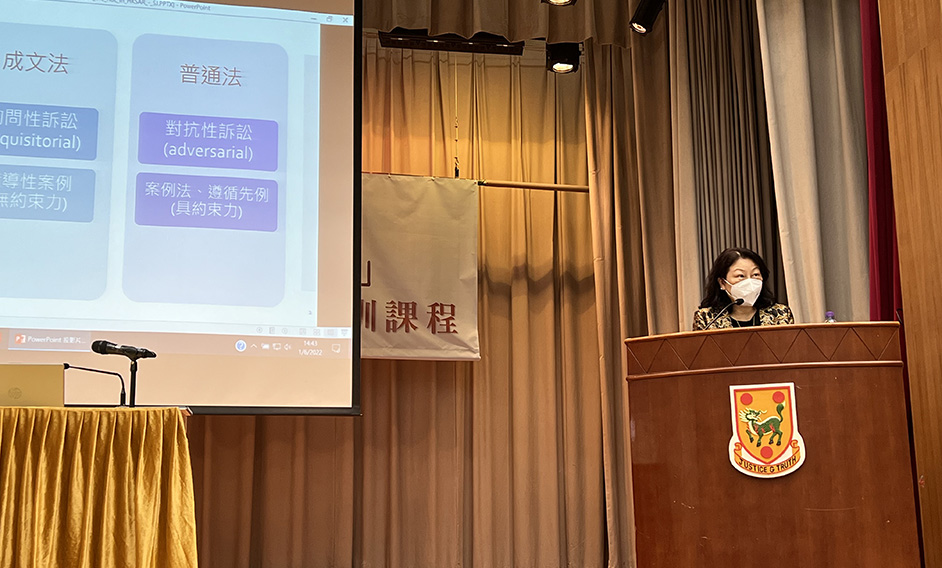 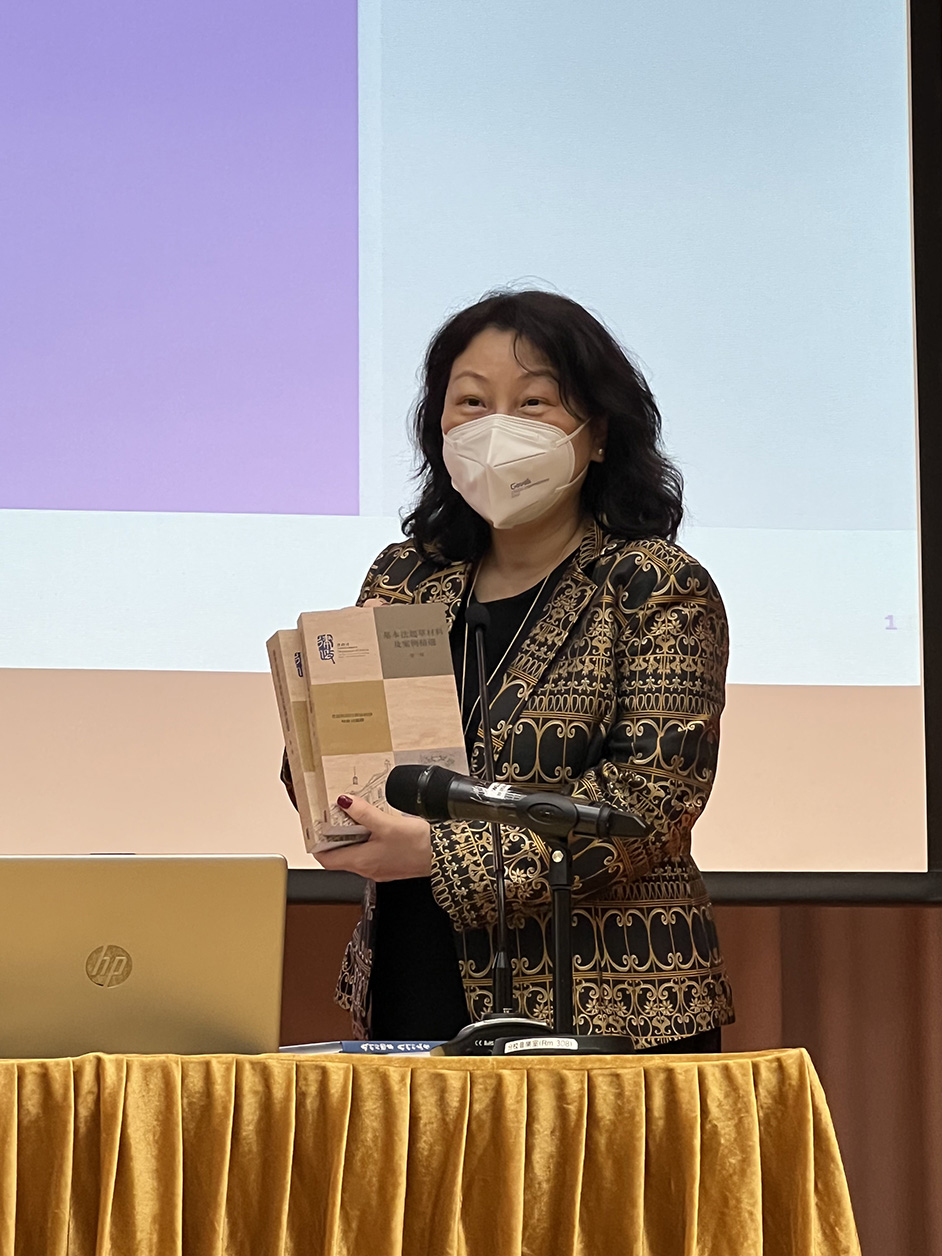