The Secretary for Justice, Ms Teresa Cheng, SC, today (June 14) visited Eastern District to distribute gift packs in celebration of the 25th anniversary of the establishment of the Hong Kong Special Administrative Region (HKSAR), promoting the spirit of unity and inclusiveness in the community.

After attending the launch ceremony of home visits under the Celebrations for All project in Eastern District at North Point Community Hall, Ms Cheng commenced the programme by visiting an elderly person living alone at Oi Tung Estate in Shau Kei Wan and an elderly doubleton household in Quarry Bay in the company of the District Officer (Eastern), Mr Simon Chan. She learnt about their daily life and also extended her warm regards by distributing gift packs to share with them the joy of the 25th anniversary celebrations.

Ms Cheng said, "This year marks the 25th anniversary of Hong Kong's return to our motherland, signifying the important milestone of the implementation of the Basic Law and 'one country, two systems' in the HKSAR for a quarter of a century. I hope to extend my warm regards to the elderly during the visits, and also share with them the happiness of the anniversary." She also thanked the community organisations and volunteers participating in the Celebrations for All project for continuing the home visits and gift pack distribution for the disadvantaged.

The Celebrations for All project is one of the major events to celebrate the 25th anniversary of the establishment of the HKSAR. With funding from the Hong Kong Jockey Club Charities Trust, the project has been implemented by the 18 District Offices under the Home Affairs Department together with non-governmental organisations and community organisations in the districts to spread the joy of the anniversary to the underprivileged. 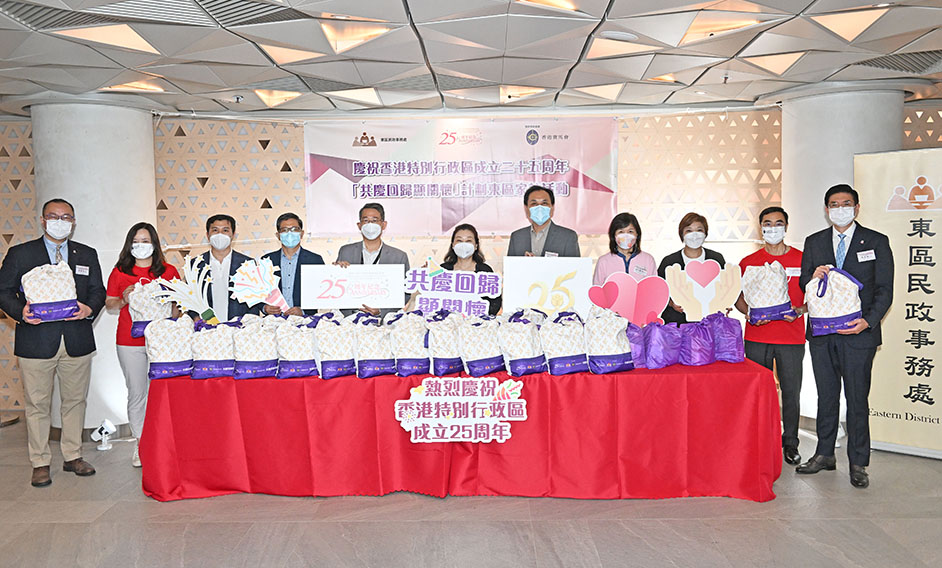 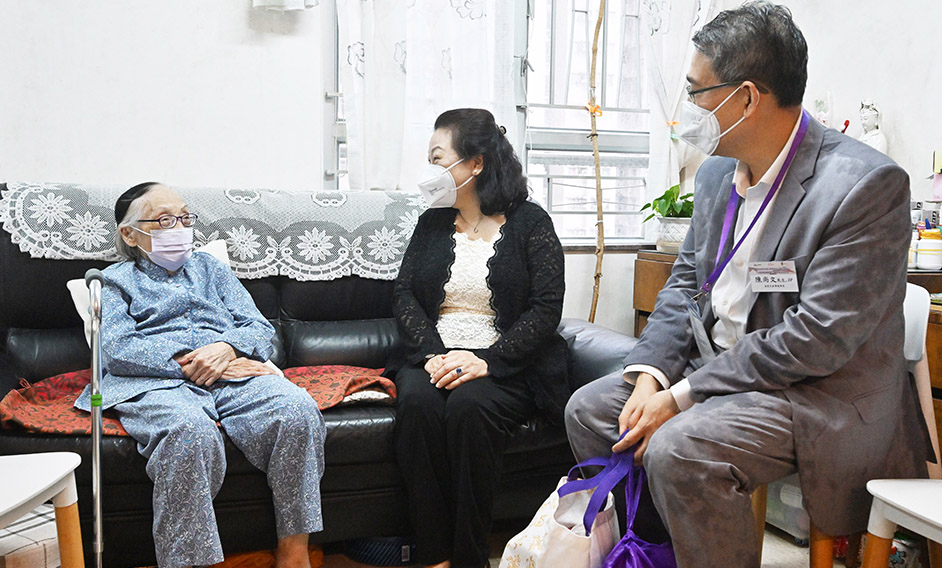 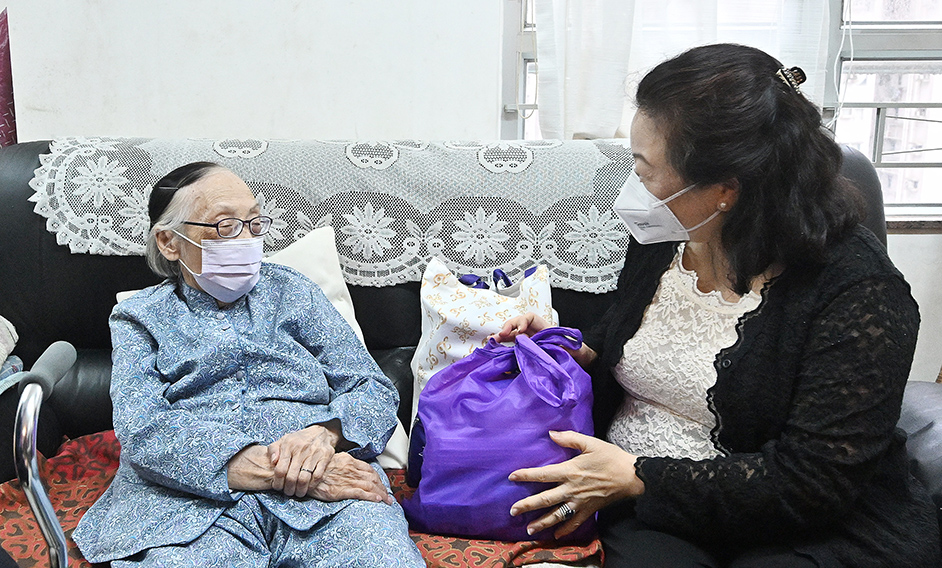 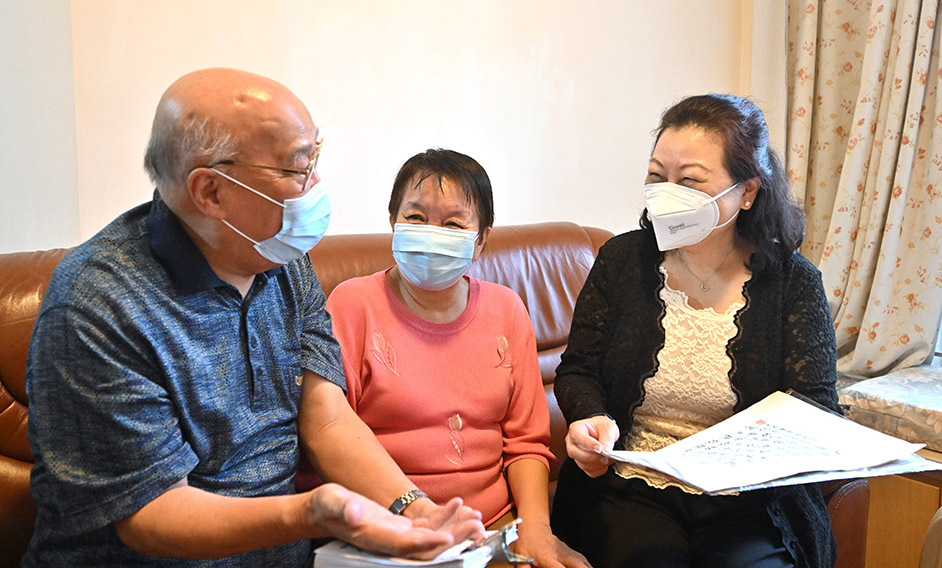 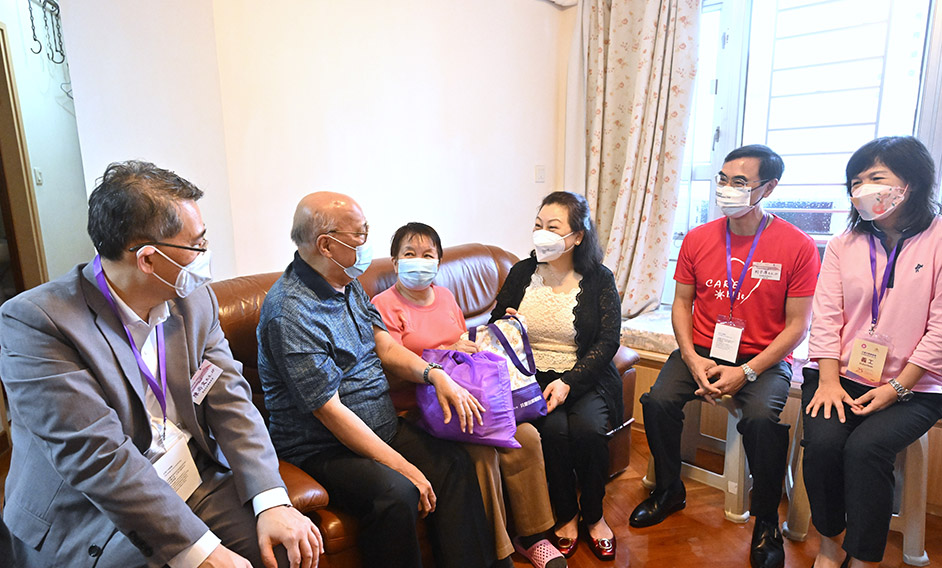