The Department of Justice (DoJ) today (July 29) held two sessions on "Spirit of the President's Important Speech" at Justice Place, where about 100 directorate officials attended. The Secretary for Justice, Mr Paul Lam, SC, spoke at both sessions, sharing with colleagues the spirit of the important speech delivered by President Xi Jinping at the meeting celebrating the 25th anniversary of Hong Kong's return to the motherland and the inaugural ceremony of the sixth-term Government of the Hong Kong Special Administrative Region (HKSAR) to let them have a better understanding.

President Xi raised in his important speech "four musts" for the new administration: it must fully and faithfully implement the principle of "one country, two systems"; it must uphold the Central Government's overall jurisdiction while securing the HKSAR's high degree of autonomy; it must ensure that Hong Kong is administered by patriots; and it must maintain Hong Kong's distinctive status and advantages. President Xi also laid down "four proposals" for the newly inaugurated Government, i.e. further improving its governance, continuing to create strong impetus for growth, earnestly addressing people's concerns and difficulties in daily life, and working together to safeguard harmony and stability.

Addressing the session, Mr Lam outlined that his working targets include promoting the proper concept of the rule of law and the actual situation in Hong Kong, as well as establishing Hong Kong as an international legal and dispute resolution services centre in the Asia-Pacific region. He added that President Xi's important speech not only provided crucial guidance on governance by the HKSAR Government in the coming five years, but also set out a high-level policy direction to achieve the two targets. Mr Lam further pointed out that the legal sector has been greatly encouraged by President Xi's explicit acknowledgement in maintaining Hong Kong's unique advantages under the common law system and his remarks on the support of the Central Government in Hong Kong's effort to maintain its distinctive status and edge, keeping the business environment free, open and regulated.

Noting President Xi's remarks that the Judiciary shall exercise independent judicial power, which is a core component in the common law system, Mr Lam explained that the remarks were crucial to the maintenance of the rule of law in Hong Kong.

Last but not the least, Mr Lam encouraged DoJ colleagues to grasp the core essence of President Xi's important speech and build it into their own work, as well as continue to proactively leverage Hong Kong's unique advantages under "one country, two systems" to seize the opportunities brought about by the national development, and actively dovetail with the 14th Five-Year Plan and other national strategies such as the development of the Guangdong-Hong Kong-Macao Greater Bay Area to better integrate Hong Kong into the overall development of the country. 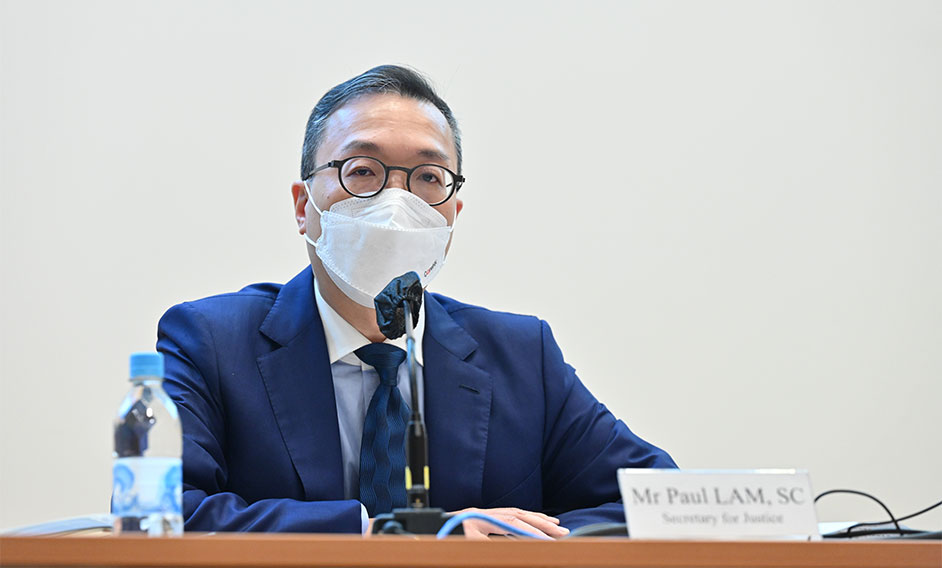 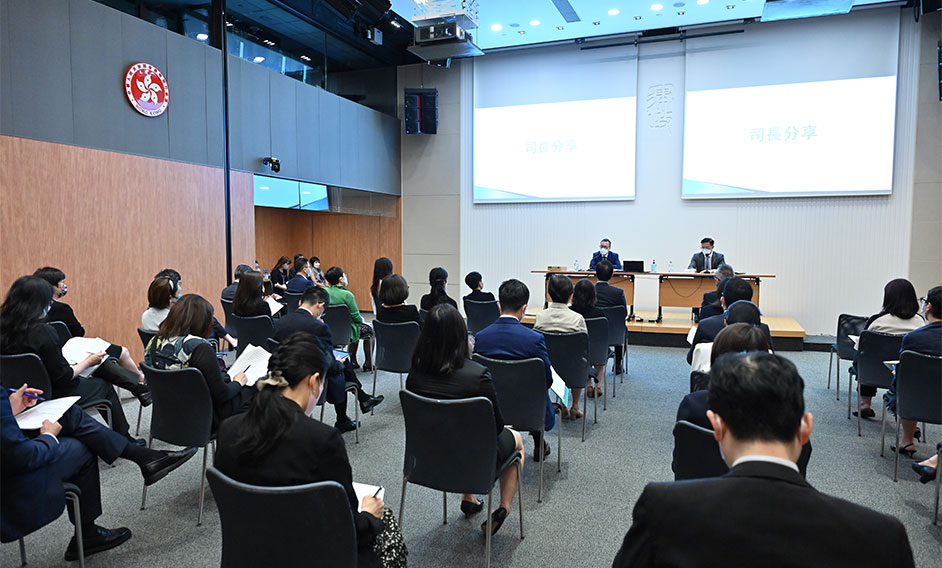