Expand AllCollapse All
Overview of the Greater Bay Area 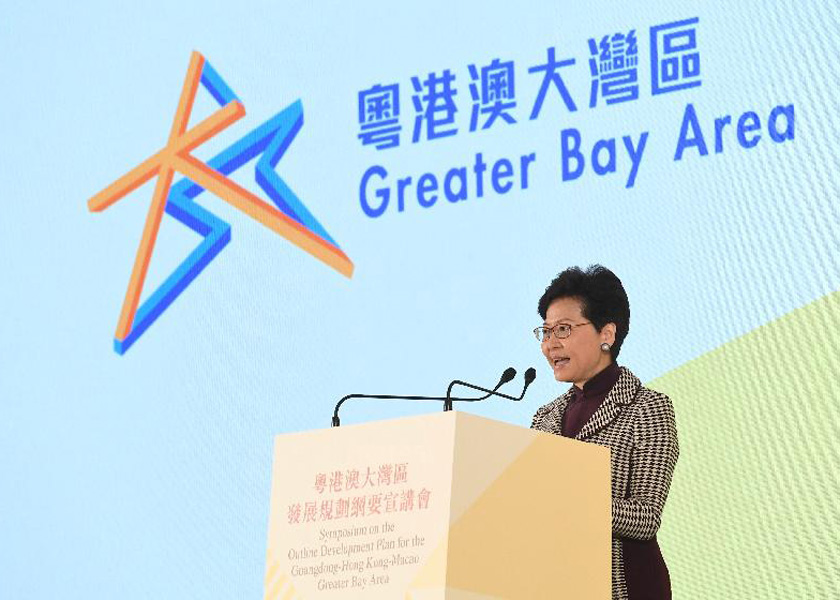 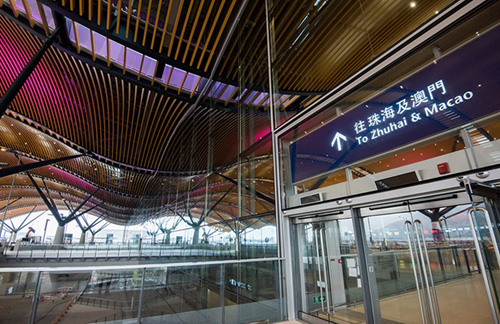 On 1 July 2017, the National Development and Reform Commission and the governments of Guangdong, Hong Kong and Macao signed the Framework Agreement on Deepening Guangdong-Hong Kong-Macao Cooperation in the Development of the Greater Bay Area in Hong Kong, which sets out the objectives and principles of cooperation for the development of the Greater Bay Area. These include to consolidate and enhance Hong Kong’s status as international financial, transportation and trade centres, strengthen its status as a global offshore Renminbi business hub and an international asset management centre, promote the development of its professional services and innovation and technology industries, and establish a centre for international legal and dispute resolution services in the Asia-Pacific Region. 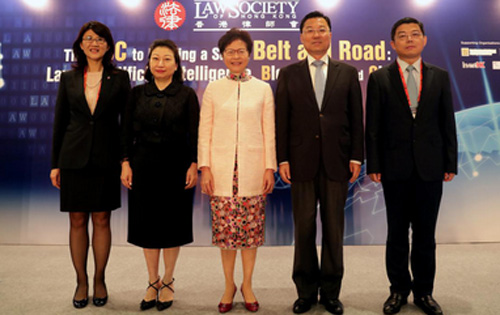 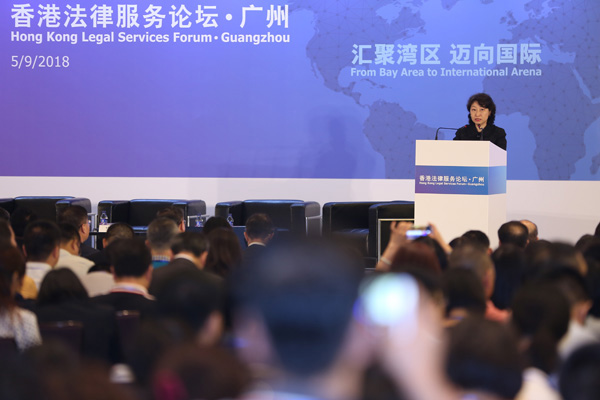 The legal profession in Hong Kong has been developing the Mainland market by utilising the liberalisation measures under the “Mainland and Hong Kong Closer Economic Partnership Arrangement”. The Department will continue to liaise with the legal and dispute resolution industry and to discuss with the relevant Mainland authorities to further deepen the liberalisation measures. The Department will also continue to explore the feasibility of the proposals on wider application of the Hong Kong laws, the choice of arbitration in Hong Kong and the expansion of the scope of practice of Hong Kong legal practitioners in the Greater Bay Area, and to study the feasibility of promulgation of a set of unified mediators’ accreditation standards, best practice for mediation rules and best practice for mediators’ code of conduct for the purpose of promoting further use of mediation in the Greater Bay Area.

According to the Agreement Concerning Amendment to the CEPA Agreement on Trade in Services signed by the Mainland and Hong Kong in November 2019, Hong Kong legal practitioners, upon passing a special examination, will be qualified to practise in specific areas to provide Mainland legal services in the nine Pearl River Delta municipalities in the Greater Bay Area. On 11 August 2020, the Standing Committee of the National People’s Congress passed the decision on authorising the State Council on the implementation of pilot measures for Hong Kong and Macao legal practitioners to obtain Mainland practice qualifications and to practise as lawyers in the nine Pearl River Delta municipalities in the Guangdong-Hong Kong-Macao Greater Bay Area.

The Ministry of Justice, pursuant to the Pilot Measures, arranged an online pre-examination legal training for enrolled candidates from 21 to 27 December 2020. The inaugural GBA Examination was held on 31 July 2021. A new examination venue was set up in Hong Kong, in addition to those in Shenzhen and Zhuhai and the examination results were released on 30 September. According to information provided by the Ministry of Justice, a total of 655 Hong Kong legal practitioners (including 588 solicitors and 67 barristers) enrolled in the inaugural examination.

On 9 September 2021, DoJ and the Department of Law of the Liaison Office of the Central People’s Government in the Hong Kong Special Administrative Region co-organised, with the support of the Law Society of Hong Kong, a seminar on Hong Kong legal professionals’ practice and other opportunities in the Greater Bay Area. For details of the seminar, please click here. 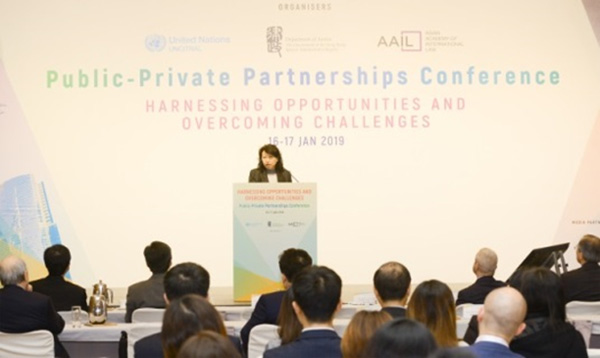 In order to refine the mechanism for international commercial dispute resolution, and to develop an international arbitration centre, the Department supports exchanges and co-operation among arbitration and mediation organisations in Guangdong, Hong Kong and Macao, so as to provide arbitration and mediation services to the economic and trade activities in Guangdong, Hong Kong and Macao. The Department has also established the Inclusive Dispute Avoidance and Resolution Office (IDAR Office) to help seize the valuable opportunities generated by the Greater Bay Area plan.

The Department works towards supporting Hong Kong in becoming a service centre for resolving investment and commercial disputes relating to Belt and Road projects.

To increase development opportunities for Hong Kong legal and dispute resolution services in the GBA, DoJ has been actively striving for the wider use of Hong Kong law and of Hong Kong as the seat of arbitration in the Greater Bay Area. In October 2020, the “Regulations of the Qianhai Shenzhen–Hong Kong Modern Service Industry Co-operation Zone of the Shenzhen Special Economic Zone” was implemented in the Qianhai Co-operation Zone, allowing Hong Kong-, Macao-, Taiwan- and foreign-invested enterprises registered in the Qianhai Co-operation Zone to agree on the choice of applicable law, including Hong Kong law, in their civil and commercial contract and adapting the requirement of “foreign-related elements” under Mainland laws. This measure benefits over 11,000 wholly-owned Hong Kong enterprises (WOKEs) registered in Qianhai and enables wider application of Hong Kong law by the enterprises in Qianhai. DoJ will continue to actively seek the support of the Central Government in extending the measure of WOKEs to adopt Hong Kong law to Shenzhen and the entire Greater Bay Area. In terms of the choice of the seat of arbitration, in the situation where a party to a civil and commercial contract is a Hong Kong-invested enterprise registered in the Greater Bay Area, DoJ has been striving to seek to allow such party to freely choose Hong Kong as the seat of arbitration in the dispute resolution clause of the contract, and such designation clause would not be considered invalid due to the absence of “foreign-related elements”. The “Opinions of the Supreme People’s Court on Providing Judicial Guarantee for the Building of Pilot Free Trade Zones” published in January 2017 also demonstrated the feasibility for foreign-invested enterprises (including WOKEs) registered in the China (Guangdong) Pilot Free Trade Zone to choose for arbitration to be seated in a place outside the Mainland (including Hong Kong).

For more details about Hong Kong’s legal and dispute resolution activities, please refer to the website of Legal Hub of Hong Kong Government.

The Department and the legal and dispute resolution industry organise exchange and training activities from time to time, where legal practitioners can share their experience. The Department will continue to put resources on capacity building and strengthen the co-operation with the organisations in the Greater Bay Area and internationally, so as to establish Hong Kong as a legal capacity building centre in the Greater Bay Area.

Cooperation with the High People’s Court of Guangdong Province

In September 2019, the Department and the High People’s Court of Guangdong Province signed a framework arrangement on exchange and mutual learning in legal aspects in the Greater Bay Area. The Arrangement aims to facilitate courts in Guangdong and relevant legal bodies in Hong Kong to launch legal projects on exchanges and collaboration.

"One country, two systems and three jurisdictions" are the unique characteristics of the Greater Bay Area, which present the opportunity for Guangdong, Hong Kong and Macao to show their respective strengths and provide innovative and diversified legal services to enterprises in the Greater Bay Area.

The main purpose for setting up the Joint Conference is, in accordance with the guiding directions set out in the Outline Development Plan for the Guangdong-Hong Kong-Macao Greater Bay Area, to strengthen the legal exchanges and collaborations between Guangdong, Hong Kong and Macao with a view to jointly promoting legal development in the Greater Bay Area, in order to capitalize the opportunities brought by the unique characteristics of the Greater Bay Area, namely - "one country, two systems and three jurisdictions", thereby providing more comprehensive and inclusive legal and dispute resolution services to enterprises.

In September 2021, the Central Committee of the Chinese Communist Party and the State Council issued “The Plan for Comprehensive Deepening Reform & Opening Up of the Qianhai Shenzhen-Hong Kong Modern Service Industry Co-operation Zone” (Qianhai Plan), under which Qianhai will be developed into a new platform for Guangdong-Hong Kong co-operation, aiming to establish a new system for a comprehensive and higher-level open economy in 2025 and build a globally competitive business environment preliminarily. Under the Qianhai Plan, the expanded total area of Qianhai Co-operation Zone is eight times of the existing one. A higher level of opening up in legal matters and the establishment of an international legal services centre and an international commercial dispute resolution centre in the region have been clearly stated in the Qianhai Plan as well.

In respect of the legal and dispute resolution matters, five points can be collated from the measures set out in the Qianhai Plan: explore ways to improve the mechanism for WOKEs to adopt Hong Kong law and choose for arbitration to be seated in Hong Kong, establish a new mechanism for civil and commercial judicial assistance and exchanges, deepen the reform of the partnership association mechanism, support and encourage the establishment of representative offices and jointly promote the international commercial dispute resolution business.