4 Article 89 of the Basic Law guarantees the security of tenure for judges, and states that they can only be removed for inability to discharge his or her duties or for misbehavior.

5 Article 85 of the Basic Law provides that members of the judiciary shall be immune from legal action in the performance of their judicial functions.

6 Upon appointment, judges at the District Court level and above are precluded from returning to practice in Hong Kong as a barrister or solicitor. This “non-revolving door” system prevents perceived conflicts of interest and enhances the independence of the judiciary.

17 Corresponding legislative amendment was passed on 17 March 2021 to fully implement the Supplemental Arrangement.

20 The Court chose not to grant the permanent injunctions as applied by the Plaintiff out of concern that it would have the effect of interfering with the arbitral process.

24 As adopted in section 69 of the Arbitration Ordinance

33 Hong Kong and Macao Affairs Office of the State Council of the People’s Republic of China. 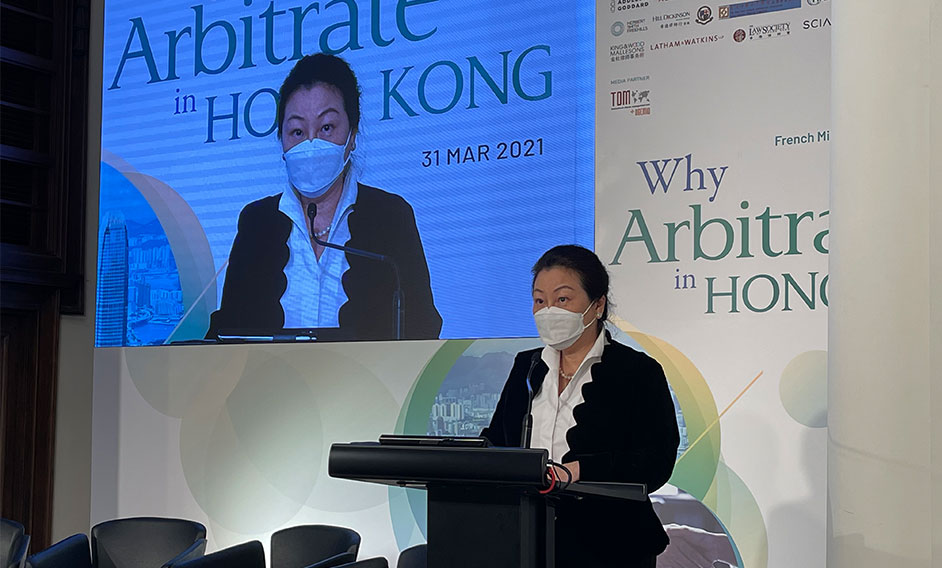